Johor Bersatu reps who want to jump ship to Pakatan have to be independents first, says Aminolhuda 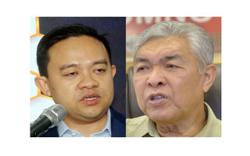 "I am sure that there will be some Bersatu elected representatives in Johor who are Dr Mahathir loyalists and want to return to Pakatan because of this problem," he added.

Aminolhuda, who is also the Parit Yaani assemblyman, said this after presenting state Pakatan elected representatives asset declaration forms at the Johor state Speaker's Office in Bangunan Sultan Ismail here on Sunday (May 31).

The present Perikatan Nasional state government holds a simple majority with 29 seats compared to Pakatan, which has 27 seats.

On Saturday (May 30), Muhyiddin, who is also the Prime Minister, said Dr Mahathir and his supporters had their memberships nullified for going against the party's direction.

He pointed out that the five were not sacked while urging Bersatu members to remain calm.

Muhyiddin also said he had not made any hasty decisions on the matter, although he was pressured by many people to take action against the five.

Muhyiddin also took the opportunity to wish Dr Mahathir all the best, if he decides to remain with Pakatan.

This was because they chose to sit with the Opposition during the May 18 Parliamentary sitting.

However, Dr Mahathir, in a press conference at the Bersatu headquarters on Friday (May 29), maintained that he is still the chairman of the party and wanted to sack Muhyiddin from Bersatu. 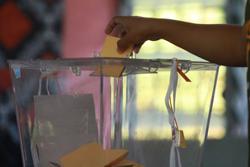