Raya case: Abdul Rashid was allegedly at a Hari Raya gathering with 21 others.

“We will be calling in Abdul Rashid and anyone else who can help with investigations to get their statements, ” he said.

One of the pictures uploaded yesterday on Facebook showed Abdul Rashid, who is the Selangor Parti Pribumi Bersatu Malaysia chief, with 21 others dressed in traditional Malay attire in front of a house.

The post received angry comments with people claiming there were different rules for leaders and regular citizens.

The government had relaxed the conditional MCO rules for the first day of Hari Raya by allowing close family members to celebrate the end of Ramadan together on the condition that guests be limited to 20 people at any one time.

They also had to maintain good hygiene and practise social distancing.

The first day of Hari Raya this year fell on May 24.

However, there were those who held gatherings after that, and were served with a RM1,000 compound.

Among them was a house owner in Taman Selayang Mutiara who hosted 18 people on the second day of Hari Raya, as well as a group of nine men aged 20 to 23 that gathered in Kota Damansara for a barbecue party on Tuesday night. 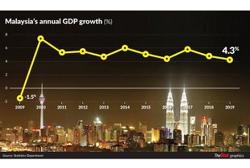