PETALING JAYA: A 22-year-old man who was driving while under the influence of alcohol has been detained following a fatal accident near the Federal Highway.

Petaling Jaya OCPD Asst Comm Nik Ezanee Mohd Faisal said that the car driven by the suspect was involved in a collision with a motorcycle at KM34.2 of the Federal Highway at about 6am on Friday (May 29).

"The accident led to the death of the 42-year-old motorcycle pillion rider while rider sustained serious injuries.

"Both victims worked with a courier company and they were on the way home when the incident occurred," he said when contacted later Friday.

"We believe he lost control of the vehicle before hitting the motorcycle.

In a separate case, a 28-year-old man was also detained for driving under the influence of alcohol at Jalan PJS 8/9 in Petaling Jaya during an operation codenamed Ops Alcohol, he added.

"A total of 35 motorists were checked during the operation.

"Aside from the man detained for driving under the influence of alcohol, two summonses were issued for other motorists for driving without a licence," ACP Nik Ezanee said.

He said Ops Alcohol will also conducted at motorcycle lanes to curb driving or riding under the influence of alcohol.

"We want to prevent offences by motorists, especially those who endanger other road users to the extent of causing deaths.

"We will also step efforts against prostitution and illegal gambling in the area," he added.

ACP Nik Ezanee urged anyone with information to contact the nearest police station. 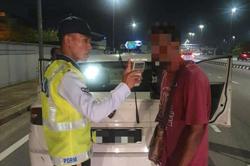 Danger of falling asleep while driving 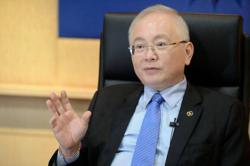