KUALA LUMPUR (Bernama): An Instagram user with the handle “Papaicici” has been fined RM3,000 or three months’ jail in default by the Magistrate's Court here for offering sexual services to a policeman.

Magistrate Mohamed Fared Abdul Latif meted out the punishment to Rayndi Jubidi, 29, after the accused pleaded guilty to offering sexual services to the policeman for a payment of RM150 for "one go".

The accused, who was wearing a white T-shirt, blue jeans and hair tied up in a bun at the back, had committed the offence at a condominium in Bukit Bintang here at 6.50pm on Wednesday (May 27).

He was charged under Section 372B of the Penal Code and was liable to be jailed up to a year or fined or both.

In mitigation, Rayndi, who was not represented, pleaded for the minimum fine but Deputy Public Prosecutor Abdul Khaliq Nazeri urged the court to impose a commensurate sentence to serve as a lesson.

He paid the fine. – Bernama 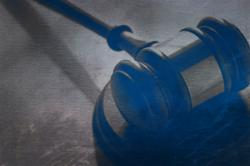 Man claims trial to filming female housemate who was showering