PETALING JAYA: Don’t write down “Superman”, “Batman” or “Badang” as your name when you register to enter business premises.

He said this would pose a problem for the authorities when they would need to locate people in the event of a Covid-19 positive case is detected at the premises concerned.

This was the reason why some businesses are requesting patrons write down their MyKad number as some have provided false information while registering at their premises during the conditional movement control order (MCO).

“It’s been decided that your name and phone number are the only details needed.

“If there are positive cases, we can contact those who have visited the premises.

“However, I have come to know that many do not give their real names and real contact numbers.

“They write the details themselves and they write their names as Badang, Superman, Batman and as so on. If there is anything (such as positive cases), we would not be able to contact them,” he said in his daily briefing yesterday.

He said this was why some premises have resorted to asking for the names on the MyKad.

He said there is no need for the people to give their MyKad number and home address when registering to enter business premises to avoid misuse of the information.

The conditional MCO has allowed most businesses to operate as usual. But standard operating procedures must be followed, such as registering patrons and maintaining social distancing at these premises.

The government has said it is sufficient for a name and phone number to be registered.

Some businesses, however, have requested addresses and MyKad details, and the public has raised privacy concerns.

On a related issue, Ismail Sabri said that the public need not worry about the lack of basic foodstuff in markets as the ministries in charge have guaranteed that stocks are sufficient.

He added that the Domestic Trade and Consumer Affairs Ministry and Agriculture Ministry gave the assurance that all basic food items are enough for the fasting month and festivity period.

Ismail Sabri also said that the ministry is still carrying out inspections of retail premises, adding that 3,015 complaints related to price and supply have been received through its online complaint system e-Aduan.

Most business premises were also found to be heeding the SOP set under the conditional MCO.

He said that 69,797 inspections including that of vehicles, markets, business and worship premises were made on Sunday.

“The police have also arrested 156 individuals on Sunday for going against the conditional MCO.”

Meanwhile, the sanitation operations on public and business premises will continue as usual.

He said that inspections at construction sites have also been conducted by the Construction Industry Development Board.

He added that of the 4,183 construction sites inspected so far, 86.1% are still not operating and five have been ordered to be closed for not following the set SOP. 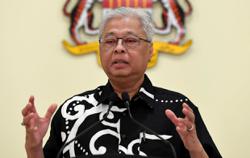 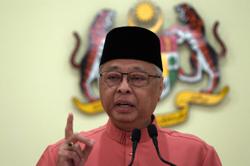