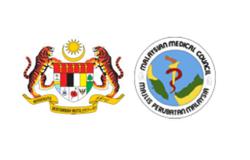 A nurse in Kelantan has achieved her lifelong dream of getting a PhD after studying for 11 years, reported Sin Chew Daily.

Tan Beng Geok, 57, who is a nurse at Hospital Universiti Sains Malaysia (USM) in Kubang Kerian, was awarded a doctoral degree in nursing from USM in 2018.

It was reported that she began her tertiary education studying for a bachelor’s degree in nursing in 2007 before pursuing her master’s degree and then a PhD in 2014.

“When I was studying for my PhD, I slept for an average of four hours every night to make sure that I had enough time to finish my homework.

“I would often motivate myself not to give up and to finish my recommended reading. This was the key to my success,” she said in an interview in conjunction with International Nurses Day.

Tan, who is originally from Penang and married with two children, also urged those in the profession not to let their busy careers be an obstacle in pursuing their education aspirations.

She has been a nurse for 33 years.

> The daily also reported that Chinese educationist group Dong Zong had urged the government to reconsider its proposed policy to cap the number of students in a classroom at 20 when schools reopen.

Its president Tan Tai Kim said classrooms in independent Chinese Schools were not of a standard size and that some were big enough to allow more than 20 students to practise social distancing.

“We understand the Education Minister’s intention and care for the students’ safety and well-being.

“I feel that we should not limit the number of students allowed in a classroom but to consider how to effectively practise social distancing,” he said.

Chinese Language Council president Datuk Wang Hong Cai said there were not enough teachers or classrooms in the country to implement the proposed policy.

“What is important is that schools are equipped to carry out preventive measures,” he said.

Education Minister Mohd Radzi Jidin was reported to have said that the ministry was considering reducing the number of students in each classroom by half and capping them at 20 when schools reopen.