PAS rep set to take over as Kedah MB 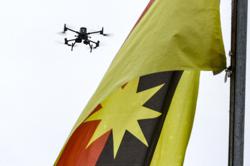 ALOR SETAR: The Kedah state government is set to be led by a new mentri besar from PAS after two former PKR assemblymen announced they have lost confidence in Datuk Seri Mukhriz Mahathir’s leadership, triggering Pakatan Harapan’s collapse in the rice bowl state.

It is heavily speculated that Jeneri assemblyman Muhammad Sanusi Md Nor, who is Kedah PAS deputy commissioner 1, would be replacing Mukhriz as mentri besar as the Islamist party commands the majority of seats in the incoming Perikatan Nasional state government.

Sanusi, who cut his political teeth as the political secretary to the late Mentri Besar Datuk Seri Azizan Abdul Razak, is expected to make the requisite courtesy call on the Sultan of Kedah in the next few days.

Speaking to reporters during a press conference yesterday, he said only one name was submitted to Kedah Ruler Sultan Sallehuddin Ibni Almarhum Sultan Badlishah for the mentri besar post, but declined to elaborate further.

“As the Opposition, we did not expect we would be in a position like this. We take a soft approach in handling the crisis. We don’t want to force things and this is the consensus nationwide,” he said.

He announced that 23 assemblymen, which consists of 15 from PAS, two from Barisan Nasional, two former PKR members and four from Parti Pribumi Bersatu Malaysia (Bersatu), have indicated their loss of confidence in Mukhriz’s leadership as mentri besar.

However, Sanusi said the four have yet to quit Bersatu as they are still in the midst of gathering support from Bersatu members in their respective constituencies.

He added that it would make more sense for Bersatu members to cross over to the Perikatan government.

This will be the second time Mukhriz has had to make an early exit from the top job in the state.

He was mentri besar for barely three years from 2013 to 2016 before he was sacked by then prime minister Datuk Seri Najib Razak.

This will also be the second time PAS will lead the state after it won the general election in 2008, with Azizan as Kedah Mentri Besar until 2013.

Meanwhile, Kedah PKR chairman Datuk Johari Abdul said the two members from PKR who resigned would be served with RM10mil lawsuits each for their betrayal of the party.

He said the two assemblymen, Azman Nasrudin (Lunas) and Dr Robert Ling (Sidam), took an oath, swore and signed before they became candidates that if they ever jumped party, action would be taken against them.

“They will be served with the lawsuits and have to be prepared to face the consequences of their actions.

“They were voted not based on who they were but the party they were representing. I am confident the people in Lunas and Sidam are upset by their actions.

Johari, who is also Sungai Petani MP and Gurun assemblyman, said it was expected that Azman and Dr Ling would quit PKR as their movements had shown support towards former PKR deputy president Datuk Seri Mohamed Azmin Ali.

Kedah MCA deputy chairman Chua Thiong Gee said it would make sense for Mukhriz to step down now that he has lost the majority.

“With the two assemblymen quitting PKR and showing their support to Perikatan Nasional, there will probably be a new state government.

“The change of government is unavoidable. I think whoever takes over, as long as they have the people’s interest in mind, it should be fine. They must implement good policies and be people-friendly,” he said. 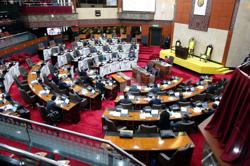 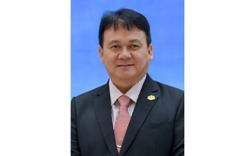