PUTRAJAYA: Putrajaya is set to get a third mosque as the population in the area is expected to increase from the current 120,000 to 300,000 in five years’ time, says Federal Territories Minister Tan Sri Annuar Musa.

He said Precinct 14 had been identified as the site for the third mosque and that they were considering building it based on the concept of “Al-Quran”.

“We are also considering building a Quran Village at the same site in a bid to empower the Islamic culture and knowledge of al-Quran, especially among foreign tourists,” he said after launching the Al-Quran Al-Karim Mushaf Putrajaya here yesterday.

He said the ministry was also trying to encourage more people, not just civil servants, to buy properties in Putrajaya, which currently has two mosques – the Tuanku Mizan Zainal Abidin Mosque and Putra Mosque.

The ministry launched the publication of the book in conjunction with the 2020 Putrajaya Silver Jubilee and Nuzul Al-Quran 1441H celebrations.

“It will be published in the Mufiq (Easy to Understand contents of the Quran) version in the Malay language. The target is to print 25,000 copies for distribution to all mosques, schools and libraries around Putrajaya,” he said.

Annuar said the cost for the project was RM2mil, with RM1mil coming from the ministry and the remainder being contributions from various parties.

He said the Quran could solve many problems and develop good character and personality if they understood the content and adapt it according to current situation.

“Whoever with problems, when (we) see, read and understand, the Quran is the solution to any problem,” he said when participating in “Mai Sembang, Rakan Muda” session organised by the Youth and Sports Ministry via Zoom. — Bernama 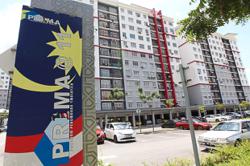 Plan for young adults to buy homes in Putrajaya 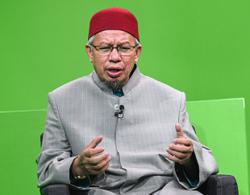 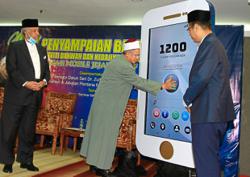 Tracking the needy through tech