KOTA KINABALU: The state government is taking a more comprehensive approach to resolve problems faced by farmers and fishermen to ensure that the food supply chain is not disrupted during the current movement control order (MCO).

State Agriculture and Food Industry Minister Datuk Junz Wong (pic) said that new directives have been issued to overcome the problems following reports that farmers were dumping their harvest due to problems sending it to markets in towns.

"I am fixing the problem by coming out with a holistic approach," he said when contacted about complaints by farmers that their products could not be transported due to movement restrictions between districts in the state.

and the heads of departments, adding that they were instructed to give new directives and help farmers and fishermen overcome their problems.

“They will help resolve problems, including transportation and the sale of vegetables and fruits," he said.

Wong added that another area where farmers needed help was in ensuring a steady supply of animal feed for poultry, cattle, pig and goat farmers.

“Many of the farms are facing animal feed shortages. We will do our level best to help all farms to ensure they are able to sustain their businesses and that farmers and fishermen continue to survive to ensure a sustainable food supply chain, ” he added.

It was reported that vegetable farmers in in Kundasang and Tenom have been complaining they were unable to send their produce to the main Sabah markets.

Some said that they had to dump their fresh produces or gave it away to the needy in their districts.

Following this, Chief Minister Datuk Seri Shafie Apdal recently cleared the air about the issue when he explained that the movement of food between districts were allowed and the order was only to stop the non-essential movement of people. 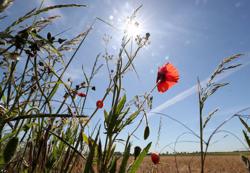