“Such investigations will go on. We are committed to doing so.

“But for cases that have been handed over to agencies such as MACC, the matter is now in its hands, ” he told a press conference after chairing Mindef’s first post-Cabinet meeting yesterday.

He said they received a report from the Governance, Procurement and Finance Investigating Committee led by former Auditor-General Tan Sri Ambrin Buang on the deals, which was discussed in a Cabinet meeting on Feb 13 last year.

“The committee investigated 16 deals involving 1,286ha belonging to Mindef. In addition to the land value, the cost of the projects was estimated to be RM4.88bil, ” he said.

Ismail, who received a briefing from the ministry’s top brass, said he would refer to the Defence White Paper (DWP) as a guide to implement future plans in the ministry.

“We will focus on developing capabilities of the Armed Forces, strengthening our defences and collaborating with our neighbours and other countries to ensure national security and peace around the region.

“The DWP has been debated in Parliament and we will take into account the views of MPs on the matter, ” he said.

On the briefing by the top brass, Ismail said he was informed of the military’s high level of preparedness in defending the country.

“I am satisfied with their level of preparedness. Attention will also be given to the welfare of active Armed Forces personnel and those who have retired.

“We also discussed the need to engage the people more. Our new motto is ‘Tentera dan Rakyat Berpisah Tiada’ (Military and the People are Inseparable), ” he said.

On another matter, he said none of Mindef’s personnel were infected with Covid-19 and all personnel had been ordered to take safety precautions, including using sanitisers.

“We have formed a special committee on the coronavirus. The ministry is ready to assist the Health Ministry in any manner with regard to the coronavirus, ” he said.

On whether Mindef would evacuate Malaysians in Italy following the outbreak, Ismail said he would wait for the government’s decision.

“If such a decision is made, the ministry will deploy its assets, ” he said. 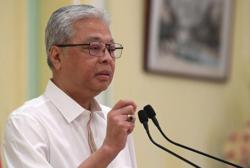 Ismail Sabri to food outlets: No one is above the law 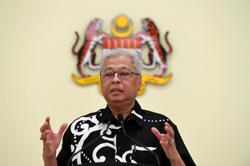 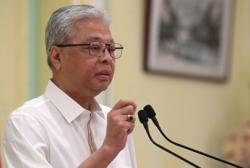