Long-awaited return: Krigbaum (right) briefing Ting about a display on the return of prehistoric Niah skeletal remains to Sarawak at the seminar in Kuching.

KUCHING: More than 100 bone fragments that were originally found in Sarawak’s Niah Caves will be home after being abroad for more than 40 years.

Since the MOU, the collection of ancient skeletal remains was transferred to the University of Florida, also in 2017, for temporary safekeeping and consolidation.

Assistant Tourism, Arts and Culture Minister Datuk Sebastian Ting said the collection would be housed in the new Sarawak Museum Complex’s storage facility, where they can be further studied by researchers.

“This invaluable historical and cultural heritage tells us about past human activities and also reflects a nation’s civilisation.

“The protection and preservation of these heritage assets are a priority and Sarawak is committed to this, ” he said when opening a seminar on the return of the remains here yesterday.

University of Florida lecturer, Dr John Krigbaum, said ongoing research on Niah’s prehistory would be enhanced by reuniting the Nevada collection with other cave materials in the Sarawak Museum.

“Research is ongoing and we should have results in the next year or so. There is a lot to learn now that the two assemblages are unified again, ” he said.

Krigbaum added that the research included looking at diet and subsistence, ancient DNA analysis, and burial features at Niah.

“Now we can start to pare down what are true burial features, and what is just a bone here or there. 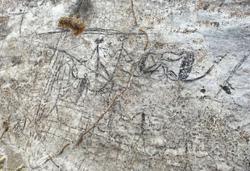