‘A water crisis could occur’

KUALA LUMPUR: If you have been perceiving the water that runs from your tap as a cheap and plentiful natural resource, you must think again.

“The challenges and risks faced by water operators are a matter of grave concern, especially those related to catchment areas, climate change, river pollution, treatment plants and distribution of clean water to consumers.

“If these issues are not addressed properly and consumers don’t change their attitude towards water, it’s not impossible for a water crisis to occur, ” he said recently.

The committee, under the purview of the Water Supply Division in the Water, Land and Natural Resources Ministry, was set up to discuss water issues at the grassroots level and bring them to the attention of the ministry.

Urging consumers to install a water-saving device in their homes to reduce their usage of water, Ishak – who is an engineer at Perak Water Board – said the general perception that water is cheap and plentiful must be erased because the effects of climate change are becoming more noticeable now.

The erratic hot spells and rainfall, for instance, have caused water shortages in the upstream portions of water catchment areas and dams, he said.

Although the volume of rainfall and distribution have remained the same, the location of the rainfall has shifted downstream, namely coastal areas.

This has led to extended droughts in upstream areas where cloud seeding activities have to be carried out to ensure rainfall over the water catchment areas.

“The shortage of water in catchment areas during dry weather will have an adverse effect on water supply for distribution to consumers.“And when the water shortage becomes critical, it will force the shutdown of treatment plants, ” said Ishak.

He also said that uncontrolled development in catchment areas is causing the soil there to lose its ability to retain rainwater which, instead, is flowing directly into the river along with twigs, leaves, silt and sand, causing the water to become murky.

“The floating twigs and leaves often clog the pumps (at the water intake station where raw water is channelled to the treatment plant) and cleaning them involves high costs.

“Apart from that, our rivers are facing pollution issues as a result of which treatment plants have to be shut down (from time to time to treat the polluted water), ” he added.

The plants have to be shut down if the water pollution level exceeds their capacity, he said, adding that they are also not designed to treat water polluted by chemical and oil spills.

To detect the presence of pollutants in the river water, Pengurusan Air Selangor Sdn Bhd – which is responsible for the treatment and distribution of water services to consumers in Selangor, Kuala Lumpur and Putrajaya – has installed sensors at every 5km of the river before it reaches the water intake area of the treatment plant.

The sensors will issue a warning (siren) in case of a chemical spill so that remedial action can be taken quickly before the water flows into the treatment plant, explained Ishak, adding that the cost of installing the sensors are borne by the water company.

On the high cost of treating water, Ishak said chemicals approved by the Health Ministry and World Health Organisation such as aluminium sulphate and chlorine are used to treat raw water.

And to treat water with higher levels of pollution, other types of chemicals have to be used.

“The chemicals (to treat water) comprise about 20%-30% of treatment costs. When the chemical prices rise, the treatment cost goes up as well, ” he said, adding that electricity costs take up about 50%-60% of the production costs.

He added that to overcome problems associated with surface water sources, water operators have to look into other alternatives, including tapping groundwater, to overcome the shortage of water.

According to Ishak, Kelantan is one of the states using innovative groundwater technologies and its use of groundwater resources has now reached 60%.

“In the past, we depended on our rivers as a source of water as we thought Malaysia has ample rainfall.

“However, with the rising incidence of pollution, we began to realise that we need to find other alternatives.

“To explore new water resources, studies and research have to be carried out. But water operators can’t afford to undertake such studies due to the high costs involved, ” he added.

Ishak also said that Malaysia’s water industry is lagging behind in terms of profitability because the water companies have to bear a bulk of the cost of treating and delivering potable water to consumers.

“Despite the challenges we face, our treatment plants are on par with those of advanced countries. The only difference is that the people of those countries are aware of the importance of safeguarding their water resources, ” he said.

There are several technologies that can be explored to enhance the quality of drinking water, including adding minerals and ozone to the water, but it will require a hefty financial outlay, he added.

He said in Japan, for instance, consumers enjoy high quality water because they are willing to pay higher tariffs.

“Here in Malaysia, our water tariffs are too low, so we can only treat the water according to our ability, ” he said, adding that if higher tariffs are charged, water operators can upgrade their treatment plants to ensure better quality of water for consumers.

“We (Malaysian water companies) have the technology and many water experts, but financial constraints are the main obstacle to improving our services.” — Bernama 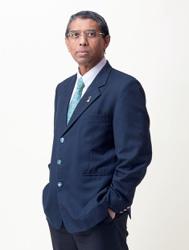