Seafood export to Singapore down by half

NANYANG Siang Pau reported that Malaysia’s seafood exports to Singapore have gone down by 50% following the Covid-19 (novel coronavirus) outbreak.

A member of the National Fishermen’s Association (Nekmat) board of directors, Heng Hee Seng, was quoted as saying that the export of fish such as giant seabass and snappers to the island state was badly affected.

“Fish meant for export to Singapore are mostly from offshore fish farms, ” he said, adding that the export of seabass to Thailand was not affected and remained at between 20 and 50 tonnes daily.

Tan Kian Poh, a fish farm operator at Bukit Tambun in Penang, said his supply of mantis prawns that had been affected since the protests in Hong Kong had now dropped to zero as there was no demand.

During peak season between May and August, he said he used to supply some 200kg of the seafood every alternate day.

“I have not been supplying any seafood to Hong Kong fishing vessels for 14 months, ” said Tan, adding that he was focusing on the local market now.

> A TV personality from China has been arrested for running a scam purportedly selling face masks, reports Sin Chew Daily.

Huang’s scam was discovered when he did not show up to deliver the goods, prompting a buyer to file a police report.

When he was questioned by the police, he confessed that he did not have any face mask for sale.

Huang was heavily criticised online when the news broke, with many fans expressing anger and disappointment at him for taking advantage of the people’s fears surrounding the Covid-19 outbreak in China.

Netizens pointed out that what was ironic was that just a week prior to his arrest, he had posted a photo online with a message: “To those travelling to the front lines, thank you for your hard work! Let us all fight the outbreak together”.

> Talk is rife that veteran music producer Eason Lee from Taiwan will be marrying girlfriend Lin Jingen, who is 39 years younger than him, reported Oriental Daily.

The Internet was abuzz with comments when Lee, 63, declared his love for Lin on Facebook.

Lee wrote that they went on their first date on Valentine’s Day in 2013.

The two had endured “pressures or reality” together in order to make their lives better, he added.

“Today, we live without worries. We are happy and we both can meet the challenges in life and work hard to create the ‘melody’ that is our future, ” Lee wrote.

Rumours about an impending marriage started to circulate four years ago when Lin turned 20.

The latest post by Lee seems to revive the speculation.

In an earlier interview, Lee was quoted saying that he wanted to start a family with Lin. 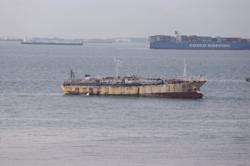 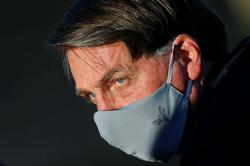