GEORGE TOWN: Malaysians from all races greeted each other before exchanging oranges and participating in various activities during the Chinese New Year celebration hosted by the Malaysian Chinese Muslim Association Penang at the Penang Youth Centre in Lebuh Acheh.

The guests, some of whom were dressed in traditional costumes, were treated to an array of food such as wonton mee, apam balik, satay, ayam masak merah and dalca, and of course, a traditional lion dance.

Tourists in the area also took the opportunity to join the multicultural event and mingled with the community yesterday.

Among them were couple Lau Thiam Meng, 51, and his wife Soon Mee Nyok, 50, from Seremban.

“We were taking a stroll in the heritage enclave and stumbled upon the celebration.

Komtar assemblyman Teh Lai Heng said Penang continues to set an example as a gathering point for people from all over the world.

“The town is like a port connecting western and eastern countries since hundreds of years go.

“People here openly accepted others regardless of race or religion.

“The act of giving of ang pow started as a Chinese tradition but has expanded to our Muslim friends who now give “duit raya” on Hari Raya.

“Our country is unique as each religion has its own culture and we are able to learn from each other, ” he said in his speech. 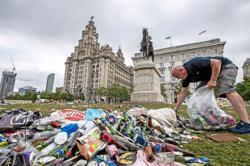 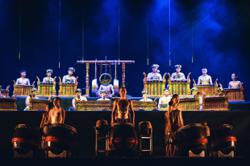 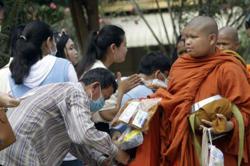