It all started when police were investigating an unrelated case and received reports about people hunting and collecting crows by the sackloads in the towns of Ramanathapuram and Rameswaram.

They caught two men who had been feeding boondi (a type of Indian snack made of chickpea flour) mixed with spirits to crows and collecting them in sacks after they became unconscious.

During questioning, the men confessed that they had been selling the birds to several briyani shops specialising in kaadai (quail) briyani to be served to unsuspecting customers. 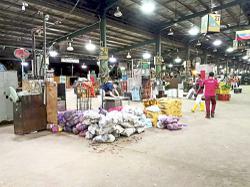