PETALING JAYA: The novel coronavirus scare is being compounded by a bogus conspiracy theory spreading on social media that the virus was created in a lab and “patented” with a readily available vaccine.

The posts claimed that a patent for the coronavirus was filed in 2015 and granted in 2018.

Some even suggested that the virus was created in a lab along with its vaccine.

According to a report on FactCheck.org – one of several organisations working with Facebook to debunk the misinformation shared on social media – the claims were far from the truth as the referred patent involved other viruses.

The report stated that the posts were linked to patents that were related to two different viruses in the coronavirus family.

According to the US-based Centre for Disease Control and Prevention (CDC), coronaviruses are a group

The name comes from the crown or corona-like appearance of infective viruses when seen under a microscope.

One patent is for a genetic sequence of the virus that causes severe acute respiratory syndrome (SARS), a disease that spread to dozens of countries in 2003.

Matthew Frieman, a coronavirus researcher at the University of Maryland, was quoted as saying: “The sequencing was done at CDC during the SARS outbreak and they were the ones that filed the patent”.

The other supposedly related

patent is for a mutated form of the avian infectious bronchitis virus, which only infects poultry.The patent was filed by the Pirbright Institute, a research institute in Britain that aimed to prevent and control viral livestock diseases.

“Neither of these has anything to do with the new coronavirus, ” said Frieman.

“This is clearly a bogus theory that this virus was created in a lab, patented and has a vaccine already made for it.”

In truth, there is no patent related to the new virus, nor is there a vaccine currently available for the new coronavirus.

Researchers are still working to understand the origin, spread and severity of the new virus. 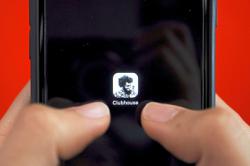