PETALING JAYA: It was not a case of “once eaten, twice shy” for a British journalist who was initially put off with the nasi lemak that she tried during a flight.

Katie Morley had tweeted on Jan 15 about the nasi lemak served to her on a British Airways flight.

“Chicken curry served with anaemic boiled egg, topped with smelly, slimy anchovies. ANCHOVIES. I quite like plane food usually, and this was a 0/10,” she had tweeted then, along with a vomitting emoji.

This led to a host of comments from Malaysians, who felt that she was served with a poor version of the dish.

Others suggested better airline versions, including those by Malaysia Airlines and AirAsia.

There were others too who resorted to harsher language to condemn her.

However, Morley later posted a follow-up tweet clarifying that she did not know about nasi lemak and apologised for any offence caused to Malaysians.

And she has since tried nasi lemak served at a restaurant in central London.

“Thank you to all the Malaysians who suggested I should try the real nasi lemak. You are right, it’s delicious! Nothing like that BA plane meal I had,” she posted on Twitter late Monday night.

The reporter with The Telegraph who covers consumer rights issues, in a tweet to another Twitter user, said that she had her nasi lemak at Zheng’s in Chelsea, London.

The restaurant, according to its website, serves Malaysian cuisine with other specialty dishes from other parts of Asia.

Zheng’s has also been featured on numerous British-based restaurant reviews, with Time Out London calling the food “outstanding”. In hot water for flouting SOP 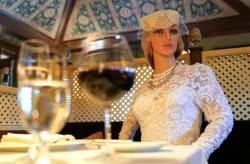