SEREMBAN (Bernama): Forty-five factories around Nilai, which produce waste solvents and oils that are pollutants, have been inspected by the state Department of Environment (DOE), to date.

Negri Sembilan Health, Environment, Cooperatives and Consumerism committee chairman S. Veerapan said the aim was to find the premises responsible for causing odour pollution in Sungai Semenyih and causing the closure of the Sungai Semenyih Water Treatment Plant on Saturday.

"The inspection covers all factories whether licensed or otherwise. From those inspected, we still haven't been able to identify, we are still investigating and will notify the results later.

"However, we will continue the inspection to ensure that the contaminated material is only disposed of at Kualiti Alam Sdn Bhd waste management centre in Sendayan," he told reporters after visiting the site of a suspected oil spill believed to comprise chemical substances at Sungai Belihoi's tributary in Mantin, here Thursday (Dec 26).

He said this when commenting on a DOE statement on Tuesday that there were 46 factory premises in Nilai that had become the focus of the department's search for the premises responsible for causing odour pollution in Sungai Semenyih, due to the illegal dumping of toxic waste into the Indah Water Konsortium sewer by irresponsible parties.

As a result, the Sungai Semenyih water treatment plant was forced to cease operations and 366 areas with 328,957 consumer accounts in Petaling, Hulu Langat, Kuala Langat and Sepang were affected.

Meanwhile, on the pollution of the Sungai Belihoi tributary yesterday, Veerapan said the results of the analysis of water samples and chemicals taken from the site would be known within two weeks.

At the same time, the chemical cleanup work was currently underway and was expected to be completed today, he said, adding that water and air quality in the area have returned to normal. - Bernama 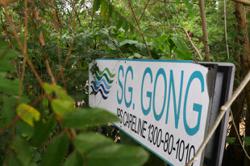 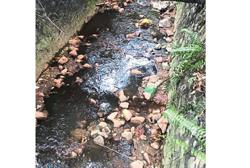