Scholar, activist among those honoured by UN 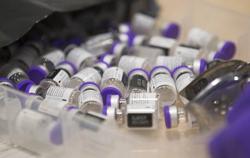 UN resident coordinator for Malaysia, Singapore and Brunei, Stefan Priesner, said they were given the honour for their outstanding contributions under the respective categories of sustainability, human rights and leaving no one behind (inclusivity and wellbeing for all), as outlined in UN's 2030 Agenda for Sustainable Development.

"Our UN Malaysia Awards are closely linked to priorities that are derived from the moral underpinnings of UN Charter that have stood the test of time in preventing catastrophic world wars," said Priesner.

He said this during the award presentation ceremony in conjunction with UN's 74th-anniversary celebration at Kuala Lumpur Convention Centre on Thursday (Oct 24).

Zakri had contributed towards promoting biodiversity conservation and sustainability of the environment over the last four decades.

He is also the founding chair of an intergovernmental science-policy platform on biodiversity and ecosystem.

"Malaysia has walked the talk in environment conservation. Tun Dr Mahathir Mohamad (who was then the fourth Prime Minister) had during the 1992 Earth Summit pledged that at least 50% of land in Malaysia will be covered in forest.

"And today, we are proud to tell the world that 52% of our country is still covered in forest," he said.

"Poverty alleviation is one of UN's sustainable development goals," he said when asked to comment on the European Union's unfair policy against Malaysia's palm oil.

Zainah, who writes the monthly column "Sharing The Nation" on The Star, was honoured for relentlessly championing human right issues, as well as fundamental freedoms in relation to the rights and empowerment of women over the last three decades.

Her next mission is to actively push for the setting up of a child support agency in Malaysia to go after those shirking alimony payment.

"The government must set up a Child Support Agency to ensure no divorcé neglect their duty in providing for childcare," she said.

Zainah's next global project is to promote gender equality and justice for women facing resistance in the name of Islam.

Reverend Elisha Satvinder and his wife Petrina Shee, who established the Dignity for Children Foundation, won the UN Award 2019 for providing quality and holistic education to about 8,000 underprivileged and marginalised children over the last 21 years.

Rev Elisha said it all started in 1998 when a 12-year-old Rohingya boy named Mohd Yasin begged for money from his wife.

"The boy was crying, saying his mother was sick.

"Most Malaysians are reluctant to give money to young beggars, fearing they may be collecting money for syndicates.

"My wife decided to visit the boy's mother to give them some food, and we were shocked to find an entire community living in deplorable condition.

"We felt sad seeing so many children deprived of education.

"We wanted to give those students an opportunity to study and acquire skills in areas of their interest so that they could help themselves out of the cycle of poverty.

"We started with one brick at a time and managed to build one class. From that one class, we built a whole block.

"Some of the children have succeeded in pursuing higher education.

"Some have acquired skills to work in areas of their interest.

"There was one boy who did badly in school. He took up hairdressing training at our centre (in Sentul).

"He is now a much sought-after hairstylist at a British brand hair salon at Publika.

"Customers have to fix an appointment for his service. He is now earning more than me," said a proud Rev Elisha.