Dr M: Govt to steer Malaysia according to rule of law 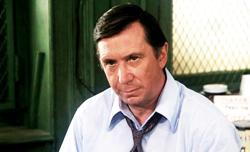 PETALING JAYA (Bernama): Tun Dr Mahathir Mohamad on Friday (Oct 4) assured the people that the government will run the country according to the rule of law and not what he described as the draconian laws of the previous administration.

The Prime Minister said the rakyat (people) will feel secure when the government rules the country according to the law.

"The draconian laws resulted in the people feeling very insecure because they could be arrested and detained without the need to be heard in a court of law. Although they (the previous administration) got rid of that law, they replaced it with another bad law.

"But the new government will repeal the laws and introduce new laws. Malaysia needs to have good laws and not the draconian laws," he said when delivering his keynote address and opening Lawasia's inaugural Constitutional and Rule of Law Conference, here.

Dr Mahathir said there are procedures that must be followed in order to introduce new laws and replace the draconian laws.

The government must have a two-thirds majority in Parliament to amend the Federal Constitution to replace the bad laws that were inherited from the previous government, he said.

Citing an example, Dr Mahathir said that when the government attempted to get rid of the Anti-Fake News law for the benefit of the rakyat in September last year, some Members of Parliament did not have the same idea or thought.

"We must get rid of the old and bad laws. For instance, anti-fake news, but (we) only find that some people in the Dewan Rakyat don't want to get rid of this law. We need to stop people from putting fake news on social media. It affects the government," he said.

Dr Mahathir said it is important for this government to replace and change bad laws, especially those introduced since independence and which are now outdated and irrelevant.

"It's not about the rule of law only, but rule of good law. We achieve that via democracy, by electing people who subscribe to the idea of the rule of law.

"If you have these people and they head the government but ignore or abuse the law, it's too bad for the country. You can see from the previous government that they supported and passed bad laws in Parliament. And now, we are trying to disentangle these bad laws but it not as easy as we thought," he said.

The Prime Minister said when Pakatan Harapan took the helm from the Barisan Nasional, it was not only to change the regime but also to set up a better administration using a new approach, including the rule of law.

Dr Mahathir said this is because the rakyat expect immediate changes or will criticise the government if it fails to keep its general election promises.

He acknowledged that it is easy to make promises in a general election but not easy to implement the manifesto.

"We are the victims of our manifesto. We will have to adhere to our promises as much as we can, but it is not easy," he said. - Bernama 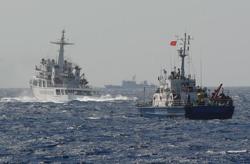