In our enthusiasm to make our cities ‘smart’ we need to remember that it is more important for us to have ‘smart citizens’.

ALL cities want to become “smart”. In recent years, “smart city” urban planning approaches have been gaining prominence and becoming the darling of governments and the private sector; it is being promoted as the silver bullet for urban problems and a major market opportunity.

Cities around the world are jumping onto the bandwagon. Many initiatives and funding have been made available by different governments, international bodies and organisations, and many indexes and rankings have come up to measure these initiatives and their “smartness”.

Malaysia is also making efforts to not lag behind in this race. Many initiatives have been planned and announced in major cities in the country, including in Greater Kuala Lumpur, Iskandar Malaysia, as well as programmes such as the Smart Selangor and Putrajaya Smart City.

One of the main initiatives planned for Greater KL, for example, is the Malaysia City Brain initiative – a collaboration between the Malaysia Digital Economy Corp, Kuala Lumpur City Hall and Alibaba Cloud to produce real-time traffic predictions using video and image-recognition technologies to combat traffic congestion in the city.

While proponents of smart city initiatives argue that they bring about substantial benefit to city life, opponents, on the other hand, are quite sceptical. Some critics claim that smart cities are just an expression of neoliberal ideology while others point to concerns over the effectiveness of smart-city planning, that in practice, do not help solve real urban problems.

There are also ethical concerns over total adoptions of technology and how it will only benefit certain communities while excluding others.

For example, the big push towards a cashless society that Malaysia is currently engaged in will certainly discriminate against some communities, such as the poor, the undocumented and refugees.

Besides the ethical issues and scepticism of the effectiveness of smart city initiatives to solve real urban problems, we should also be concerned about how technology will affect society in the long run.

Specifically, we need to be aware of how technology can shape and mould society – which is why we need to understand what kind of technology we want to adapt that can help us produce a better urban society.

As aptly put by urban scholar Richard Sennett, there are two types of smart cities: prescriptive and coordinative.

The prescriptive smart city dictates and prescribes how people should use the space they inhabit, while hiding complexity and making things “easier” and “user-friendly”.

In many cases, the thought process and main drive behind smart city initiatives is the idea of making tasks easier and user-friendly. This is not that far off from ideas behind developing any new technologies.

Bill Gates coined the term “friction-free” to describe user-friendly technology, while programming guru Peter Merholz said that “designers should actively seek to hide the complexities of technology from its users”.

In short, technology is prescribed to the users, and the way to use them is dictated by the creators. Users do not have to think about how things work, and more importantly, about what if things are done differently. And this is where the problem lies.

In order to make things user-friendly and friction-free, the prescriptive smart city does not leave anything to chance. Everything works in a closed system where all outcomes are already predetermined. There is no room for modification, and most importantly, there is no room for user autonomy.

Take the city of Songdo in South Korea, for example. Located in the south-west of Seoul, Songdo was built from scratch as a smart city and promoted as the answer to the ills of modern-day living. The entire city is technologically regulated, from waste management to the environment.

Air quality, electricity usage and people’s movement can all be monitored from the city’s control centre. Computers are built into the streets and condos to control traffic flow and let neighbours hold video chats with each other.

Similarly, in Masdar, near Abu Dhabi, a technologically advanced smart city is being built with similar features.

However, as much as how these cities are being promoted as being smart, they actually have a stupefying effect.

Smart cities like Songdo and Masdar fear change. They are very user-friendly but, beyond this, as Sennett stated, the planning is not open enough and everything is a too-tight fit between form and function.

In the prescriptive smart city, technology digitally organises the city as a total system. As a result, city dwellers have no other way of navigating the city other than to play by the predetermined rules. And although these rules are meant to make the city user-friendly, they do not allow for inhabitants to pursue other possibilities. As such, not only will such a city create disengaged urbanites, it is also more authoritarian in nature, and will not produce resilient and smart urban citizens.

In the field of cognitive psychology, there is a phenomenon known as the “generation effect”, where information is better remembered when it is incomplete, contradictory or difficult.

The phenomena shows that people will be able to remember things better if they have to fill in the blanks of partially missed information, rather than just reading information that is complete, clear and easy to access.

Incomplete information also leads to people asking “what if” questions, and pushes them to make sense of the information. As a result, people will become more cognitively alert and engaged.

Putting generation effect in the context of a smart city, prescriptive technology that is complete, clear and easy will only create citizens that are overly-reliant on technology instead of making them more engaged with the technology and the urban environment.

Coordinative smart cities, on the other hand, use technology to help people choose instead of making decisions for them. Technology is used to prepare data and information so that users can see alternatives themselves and make decisions.

One example of this type of smart city initiative is in the Republic of Estonia. In an effort to boost government services and assist communications between the state and citizens, Estonia set up a digital platform called e-Estonia. During a time when digital infrastructure was not yet available, the Estonian government invested in it – beginning about two decades ago, according to e-estonia.com – and as a result communications with the state are fast and convenient for all.

Another opportunity to use technology to coordinate urban living is through participatory planning. By using smart technology, big data can be assembled, organised, and debated.

City councils can provide a platform for citizens to propose and debate solutions with fellow citizens, as well as experts and authorities. Rather than prescribing solutions, technology can be used to coordinate and organise participation at a much bigger scale.

Participation can range from designing intervention to debating policies as well as allocating resources. Through the use of coordinative technology, the problem of participation – messy, inefficient and costly – can be solved and scaled up, thus creating a more engaged and smart urban society.

These are just some examples of opportunities that can be created when we adapt technology that is more open in nature, that instead of inhibiting and suppressing users, can open up new possibilities and chances.

Technology that can help citizens without taking away their autonomy and self-determination and dictating how to live.

Technology that can provide a learning experience for city dwellers, making them smarter and more resilient instead of stupefying them.

In our enthusiasm to make our cities “smart”, we need to remember that it is more important for us to have “smart citizens”.

Badrul Hisham Ismail is director of programmes at IMAN Research, which studies society, religion and perception. The views expressed here do not necessarily reflect those of Sunday Star. 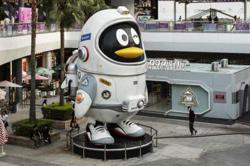 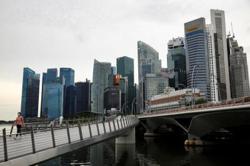