Fun for all at Armed Forces open day

LUMUT: Close to 30,000 people attended the first day of the Armed Forces Open Day held at the navy base here.

Various activities and performances from the army, navy and air force were held during the two-day carnival.

There were also booths displaying assets from the three branches of the Armed Forces.

The carnival was launched by Armed Forces chief Jeneral Tan Sri Zulkifli Zainal Abidin, who targeted more than 70,000 visitors from all over the country.

He said that he was confident of seeing a bigger crowd for the two-day event today.

The carnival is about connecting public services with the community and also to show the soldiers’ expertise to the people. Senior citizen Rokiah Salleh, who came from Merbok, Kedah, said she was excited to go for such events to show her appreciation to the security forces. 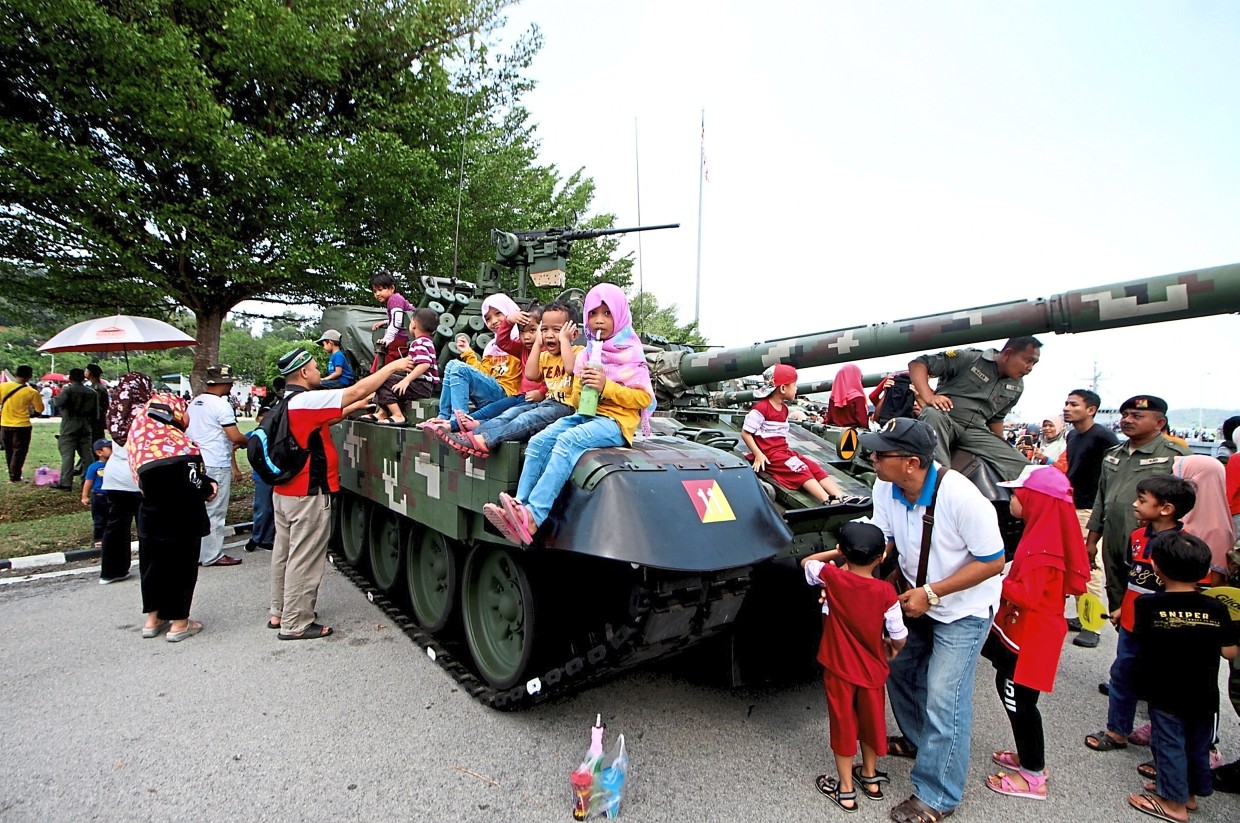 Children allowed to sit on a Armed Forces tank at the carnival. — Bernama

Despite being wheelchair-bound, Rokiah, 63, said she did not mind the hot weather as the military demonstrations were worth it.

“I am proud to witness our military personnel showcasing their weapons and assets, ” she said.

Abdul Ghani Ahmad, 74, who is a retired commando, said such carnivals was a good platform to find out more about the armed forces.

“People from all walks of life will be able to understand the struggles and sacrifices of our military personnel in defending the country, ” he said. — Bernama