GEORGE TOWN: The proposed RM30mil underpass linking Mount Erskine and Burmah Road will go on despite protests from some residents.

“We have widened other roads for the project, including Brown Road, and once compensation issues have been sorted out, the project will proceed, ” he said.

Addnan added that the Mount Erskine and Burmah Roads are the main arteries that link the northern parts of George Town.

“There are more than 50,000 vehicles passing through these roads daily, and the council’s survey shows that the underpass could alleviate the gridlock, ” he said.

On Monday, several residents near the project site called for the underpass to be scrapped as it would encroach into their land.

They also claimed that they were kept in the dark, and were shocked when they received a letter for land acquisition from the land office in May.

They said the acquisition of their land would adversely affect their homes, and that the state government should have engaged them before gazetting the project in 2017.

A resident, Shirleen Bryne, said that if the project goes ahead, she would lose her entire garden as the pillars of her porch will be 2m from the road.

Addnan said 4,430sq m of land will be acquired for the underpass, earthworks, road widening, drainage and other related works.

“This is a compulsory acquisition that included 20 lots of houses, and we have estimated the compensation to be RM25mil, ” said Addnan, who added that the project can only proceed after all compensation issues and legal challenges (if any) are resolved.

“It could take a year or two if the residents decide to take legal action, but we are prepared for that.”

He said the quantum of compensation was 25% above market value, which was “very fair”.

On why cemetery land was not acquired as an alternative, Addnan said it was not possible as more than 300 graves need to be exhumed. 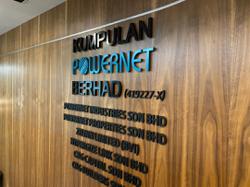