PETALING JAYA: Perhaps it’s time to go no further than your own backyard to satisfy that wanderlust in you.

Built in 1918, the grand mansion has 51 rooms. During World War II, the building was seized by the Japanese and became a place to torture the locals.

“Surely, this place could cultivate the spirit of Merdeka because after the Japanese surrendered, cruel activities such as torture were stopped and the building was returned to its owner.

“However, after that dark episode, the Tan family did not move back into the building and now it stands as a symbol of the extreme hardship during the pre-Merdeka era, ” said Tourism Selangor in a statement yesterday.

“It was used as a vantage point to monitor the enemy’s movement and vessels along Sungai Klang.

“Now, the fort is managed by the Klang Municipal Council. Facilities for visitors such as parking and public toilets are also available, ” said Tourism Selangor.

In Bukit Malawati, there are many attractions, including a fort on the hills, where you can catch the sunset while soaking in the beauty of Kuala Selangor.

“When the Dutch conquered the Kuala Selangor district, they changed the name of the fort to Fort Altingburg because of its strategic location.

“During the weekends and public holidays, there is a tram to take visitors from one attraction to another at this heritage fort, ” said Tourism Selangor.

Also near to Bukit Malawati, Bukit Belanda or Dutch Hill, was the Dutch’s first fort there.

It is called Bukit Belanda because once upon a time, the Dutch government led by Van Brac turned the hill into a fort to defeat Raja Hadi in Teluk Ketapang.

“In the beginning, the hill was called ‘Utrecht’ after Van Brac’s ship.

“But it was then changed to Bukit Belanda because the design of the fort – which was inspired by Sultan Ibrahim – inculcated Dutch elements, ” said Tourism Selangor.

As for the Kuala Selangor District Historical Museum, situated 40km from Klang, it offers information on the chronology and history of Kuala Selangor.

“At first, this museum was the official residence of the Kuala Selangor District Officer

“However, it was modified into a gallery for history lovers who would like to study about the district, ” it said.

The Selangor Museums Board took the initiative together with the state government to establish the Kuala Selangor District Historical Museum in Bukit Malawati.

Last year, Tourism Selangor also recommended a list of attractions around the state for visitors to explore. 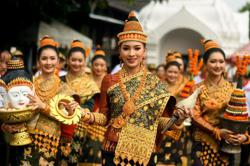