Pangkor is home to a biodiverse population of flora and fauna, thanks to its three virgin jungle reserves.

Blessed with an abundance of pristine beaches, Malaysia boasts some of the most idyllic and beautiful islands in the world, as the countless tourists who have visited our shores will attest to.

An open secret, however, is a small 8km sq island by the name of Pulau Pangkor that graces the coast just off Perak.

Located amongst a cluster of smaller islands, Pangkor may be a haven of clear waters and golden sandy shores, but is also home to one of the country’s most biodiverse populations of flora and fauna, afforded by the ecosystem of the Sungai Pinang Forest Reserve.

The virgin forest reserve, one of the three on the island, is believed to be millions of years old, numbering among the oldest tropical rainforests in the region.

Lesser known is that the roots of the Malaysia we see and love today can be traced back to Pangkor. It would be fair to say that it was the genesis of the history of Malaya, as Pangkor was a silent witness to the 1874 signing of a treaty that bore its name. Serving as a timely reminder of Pangkor’s significance and our history, especially as we gear up to celebrate our 62nd Merdeka, is the recent launch of Perak’s Sultan Nazrin Muizzudin Shah’s second book.

Titled “Striving for Inclusive Development: From Pangkor to a Modern Malaysian State”, the book launched earlier in July, details the country’s economic progression from the days of the Pangkor Treaty 1874.

In a landmark decision that sealed the fate of the other Federated Malay States, Raja Muda Abdullah of Perak signed the Pangkor Treaty in 1874 with the Governor of the Straits Settlements, Sir Andrew Clarke onboard the HMS Pluto, which was anchored near Pangkor.

Also referred to as the Pangkor Engagement, it was a response to the succession dispute for the Perak throne following the death of Sultan Ali, as well as the ongoing Larut War for control over the state’s lucrative mining areas, with Perak being a major tin producer during the period. 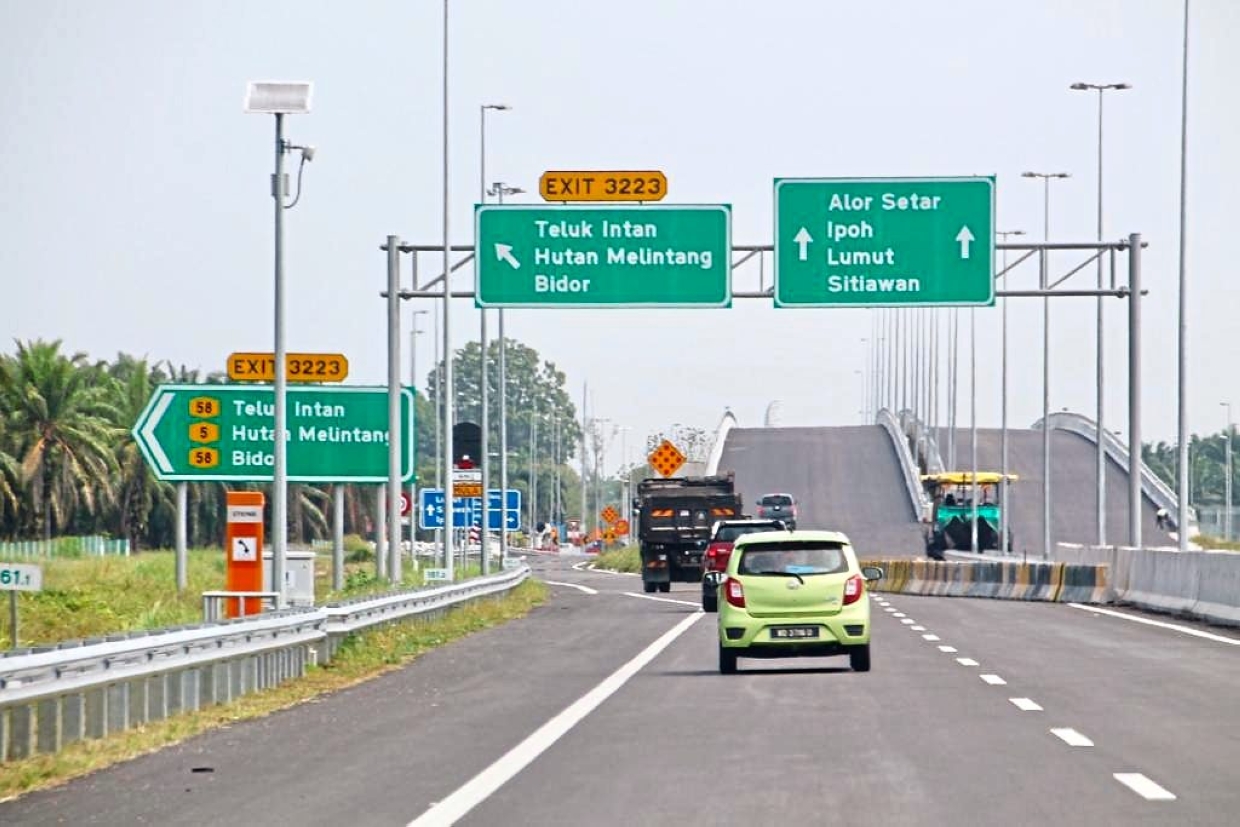 The section of WCE recently opened – a major highway leading to Lumut and Pangkor.

Of crucial importance is the fact that the agreement signified the first official British intervention into local politics, to say nothing of the far-reaching ramifications it had on our economic structure, the impact of which is still felt today.

In his book, Sultan Nazrin noted the core feature was the introduction of the Resident system, where a British-appointed official would ‘advise’ the new Sultan of Perak in all administrative matters, save for those concerning religion and culture.

Similar treaties followed in the states of Selangor, Negeri Sembilan and Pahang, paving the way to the British Colonial era on the peninsula that saw Malaya’s long struggle for freedom. This culminated in the official declaration of its independence, proudly read by Tunku Abdul Rahman as the first Chief Minister of Malaya, at the Merdeka Stadium on August 31,1957.

Almost 150 years on, the once sleepy coastal town of Pangkor - favoured by fishermen and other seafaring folk plying their trade - has evolved into a popular tourism destination. The occupation and livelihood of the island’s 30,000-strong population have changed with the times as well, with its inhabitants naturally diversifying into downstream products or services, mainly to cater to the ever-increasing demands of tourists.

With moderate state intervention, Pangkor’s growth has largely been led by private sector initiatives, but developments in recent years are now casting a well-deserved spotlight on the island.

While Pangkor has benefitted from a domestic tourism boost due to the increasing popularity of weekend road trips and food trails along the west coast, it was the government’s declaration in late 2017 and reaffirmed in 2018 when tabling the 2019 Budget for the January 2020 commencement of the island’s duty free status - reportedly, it may include alcohol, tobacco and motorised vehicles to put it on par with Langkawi and Tioman - that brought Pangkor to the forefront. A tranquil scene of the island's Pasir Bogak beach

Just last month, there was a preliminary announcement of an RM486mil allocation for infrastructure upgrades and enhancement of tourism facilities on the island, with RM2mil already invested into an ongoing feasibility study to determine the ingredients needed for its success.

The much-needed injection of government investment comes as only one of the many factors that have converged to position Pangkor as an up-and-coming destination for both tourism and investment.

The 233km-long West Coast Expressway construction project, which started in 2013, is starting to bear fruit with the May 31 opening of the 19.1km Hutan Melintang-Teluk Intan stretch. Once the main sections leading to the coastal town Lumut is completed by 2020, the WCE is projected to cut travel time from Kuala Lumpur to Lumut from nearly three hours to about 90 minutes, easing access to the area.

At the same time, Pangkor Airport is set to resume regular scheduled flight operations in October, with SKS Airways Sdn Bhd to begin flights to the island from Subang Airport using the Twin Otter aircraft model. The company will also fly the Subang-Ipoh route with two daily return flights, which could further boost Pangkor’s tourist arrivals.

The Perak state government also announced plans to upgrade the airport, citing encouraging response for the ticket sales of the upcoming flights to the island.

In addition, Prime Minister Tun Dr Mahathir Mohamad has set a target of 30 million tourist arrivals for Visit Malaysia 2020. With tourism being such a rapidly growing sector in Malaysia, all destinations need to make preparations to cater for the tourist influx.

The recent developments are casting new light for Pangkor’s potential as a destination for future discovery, unlocking a great number of possibilities for its future growth, especially entrepreneurship in small and medium enterprises focused on food and beverage, hospitality or tourism-related products and services, as well as other supporting industries.

In turn, the prosperity of the private sector would create a domino effect, in terms of a welcome income boost and job creation to uplift Malaysia’s population and larger economic contribution to aid in nation-building activities.

With these promising developments, Pangkor needs to act speedily to reap its benefits. As it is, the island is already hard pressed to cope with existing visitors. Its most pressing issue is the under-capacity ferry terminal, which needs a major upgrade to handle the increased volume of arrivals. View of Pangkor Island Jetty, as seen from an approaching ferry.

Ahead of 2020, some efforts are already underway to promote Pangkor’s duty free status, with promotional signs put up at the Lumut and Pangkor ferry terminals.

The government in April this year agreed to turn Pangkor Town jetty as a public tourist jetty and Sungai Pinang Besar into a cargo jetty, but beyond that, has yet to announce concrete plans for the improvement of its various infrastructure and surrounding ecosystem to preempt upcoming issues.

Pangkor is in need of a well-conceived tourism development masterplan with speedy and thorough execution, which would enable it to realise its potential as a premier tropical island paradise on the international stage.

Among the other improvements required include an image facelift, a revamp of trade practices, upgrade for existing infrastructures, improvement in standards and enforcement for various industries, as well as concerted marketing and promotion initiatives.

Similar to the pivotal role of the Pangkor Treaty of 1874 in the history of Malaya, such a plan could chart the course for the sustainable development of Pangkor as it moves towards the future, all the while preserving its natural and historical heritage.