A recession in Singapore likely to impact Johor as well

JOHOR BARU: Johor looks likely to be affected by Singapore’s slide into recession following a big drop in the republic’s economic activities in the second quarter of the year.

Johor South SME Association adviser Teh Kee Sin said it was a well-known fact that Johor and Singapore depended on each other economically, with thousands of Malaysians crossing over to the island daily for work.

“The first to go – should businesses in Singapore downsize their operations – will be the thousands of Malaysians who live here but work there.

“If their jobs are not secure, they will face problems servicing bank loans as many of them have bought houses here especially in the Iskandar Malaysia region,” he said.

He said unofficial figures showed that some 300,000 Malaysians commuted daily from Johor to work, while another 400,000 worked and lived in Singapore.

Singapore last week slashed its growth domestic product (GDP) forecast for this year from between 1.5% and 2.5% to between 0% and 1%.

The main reason for the slower growth forecast is because the Republic has been hurt badly in recent times due to the ongoing trade war between United States and China.

The situation is not helped with the global slowdown syndrome and also the current trade spate between Japan and South Korea, two Asian giants who are big entries in Singapore.

Teh said besides the possibility of banks repossessing homes, developers might also face difficulties getting Malaysians working in Singapore to buy their properties.

Singaporeans, he pointed out, were also the largest group of foreign buyers of residential homes in the country, especially in Johor Baru, adding that this might affect the high-end property segment.

“They may also reduce their trips to Johor and spend less money on shopping, dining and visiting tourist attractions in the state,’’ Teh said.

He also added that with many Singaporean small and medium-sized businesses operating in Iskandar Malaysia, this could also hurt the country’s electronics and chemical exports.

State International Trade, Investment and Utilities Committee chairman Jimmy Puah Wee Tse agreed with Teh that the possibility of retrenchment would affect thousands of Malaysians.

The state government, he said, would double its efforts to engage and attract investors from all over the world and not only from Singapore.

“We want to attract more Chinese companies to relocate their operations to Johor due to the ongoing US-China trade war,’’ said Puah, admitting however that with so much uncertainty, this was proving to be challenging.

“Investors are taking up a defensive position and reviewing their investments in this region at the moment but we believe that every cloud has a silver lining.”
Article type: metered
User Type: anonymous web
User Status:
Campaign ID: 18
Cxense type: free
User access status: 3 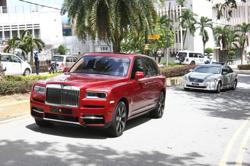