GEORGE TOWN: Environmental experts have ascertained that the reclamation in Gurney Drive has no connection with the pollution and mass deaths of fish affecting Teluk Bahang.

Experts discovered that the Seri Tanjung Pinang Phase 2 (STP2) reclamation project was in a different coastal cell from Teluk Bahang, based on the Integrated Shoreline Management Plan.

Even the coastline of Tanjung Tokong and Tanjung Bungah – which is between Gurney Drive and Teluk Bahang – shows a different logarithmic spiral coast characteristic compared to Teluk Bahang.

Following claims in May of heavy metal pollution off the coast of Teluk Bahang, the Eastern and Oriental Group (E&O), through its subsidiary Tanjung Pinang Development Sdn Bhd (TPD), engaged engineering consultant Dr Nik and Associates and environmental expert Prof Datuk Dr Sharifah Mastura, the director of the Institute of Climate Change in UKM, to conduct a thorough investigation. 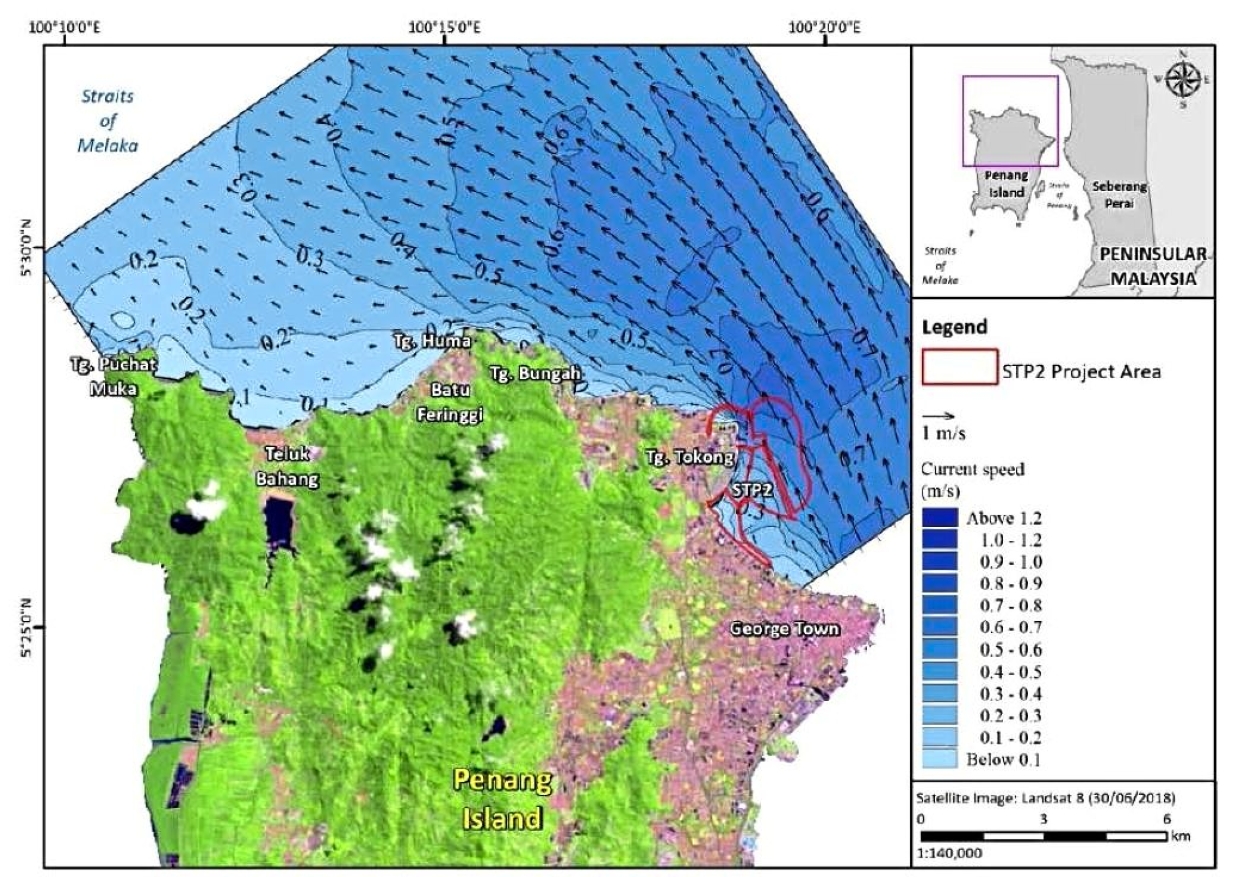 By studying tidal flows around Penang, the experts found that the generally north-south flow of the Straits of Malacca did not allow any dispersion from STP2 to reach Teluk Bahang, which is about 20km to the west.

In a press statement, E&O displayed tidal flow maps of the northern end of Penang island.

The maps showed that during the spring tide’s ebb flow that runs from the south to the north, the current passing Gurney Drive tracks almost directly north to the open sea at about 1m/s before veering northwest after travelling several kilometres away from Penang island.

The sheltered cove of Teluk Bahang, on the other hand, experiences a westerly tidal flow of just 0.1m/s or less.

“Monthly environmental monitoring has been conducted since 2016 at the reclamation site, as stipulated in the Department of Environment’s approval condition.

“Results obtained from samples taken over the past 12 months have shown that nickel, lead and cadmium were not detected, a clear indication that the source of heavy metal pollution does not originate from STP2.

“The STP2 project is also audited every month since 2016 by a third-party environmental auditor registered with DOE, in which findings from the audit are submitted directly to DOE, ” E&O stated.

The report by environmental experts also suggested that probable sources of heavy metal pollution included discharge of material containing heavy metals from shipping vessels, as well as heavy metals discharged by nearby rivers, all of which were not associated with STP2.

“Management of scheduled waste is also strictly governed by the Environmental Quality (Scheduled Waste) Regulation 2005 and supervised by a certified competent person.

“The inventory record is subjected to third-party monthly audits with random enforcement visits by DOE officers and no discrepancies have been found so far, ” E&O declared.

The company also stated that TPD confirmed that its dredger had stopped sending dredged materials to an approved disposal site 25km away from Mukah Head in Teluk Bahang since Jan 20 last year because the dredged materials are suitable for use in STP2’s reclamation site and this is allowed as per DEIA conditions.

Teluk Bahang’s coastal waters have been hit by pollution from unknown substances, which have led to the deaths of tens of thousands of fish in May and earlier this month.