Fish breeders have nothing left to salvage

GEORGE TOWN: The mass death of fish in Teluk Bahang has resulted in six fish breeders losing over RM2mil.

Among the two million dead fish found afloat over the past few days were barramundi, groupers, hybrid groupers and snappers.

One of the breeders, Lim Soon Gian, 55, said the last time they encountered a die-off was in June.

“We thought losing thousands of fish then was bad but it was worse this time as all the fish were wiped out. There was nothing left for me to salvage, ” said Lim, who related his plight to reporters yesterday.

Centre for Marine and Coastal Studies (Cemacs) director Prof Datuk Dr Aileen Tan said the combination of a number of stressors could have led to the mass die-off.

“Among the reasons could be the existence of high levels of hydrogen sulphide, low dissolved oxygen, and the recent Typhoon Lekima. 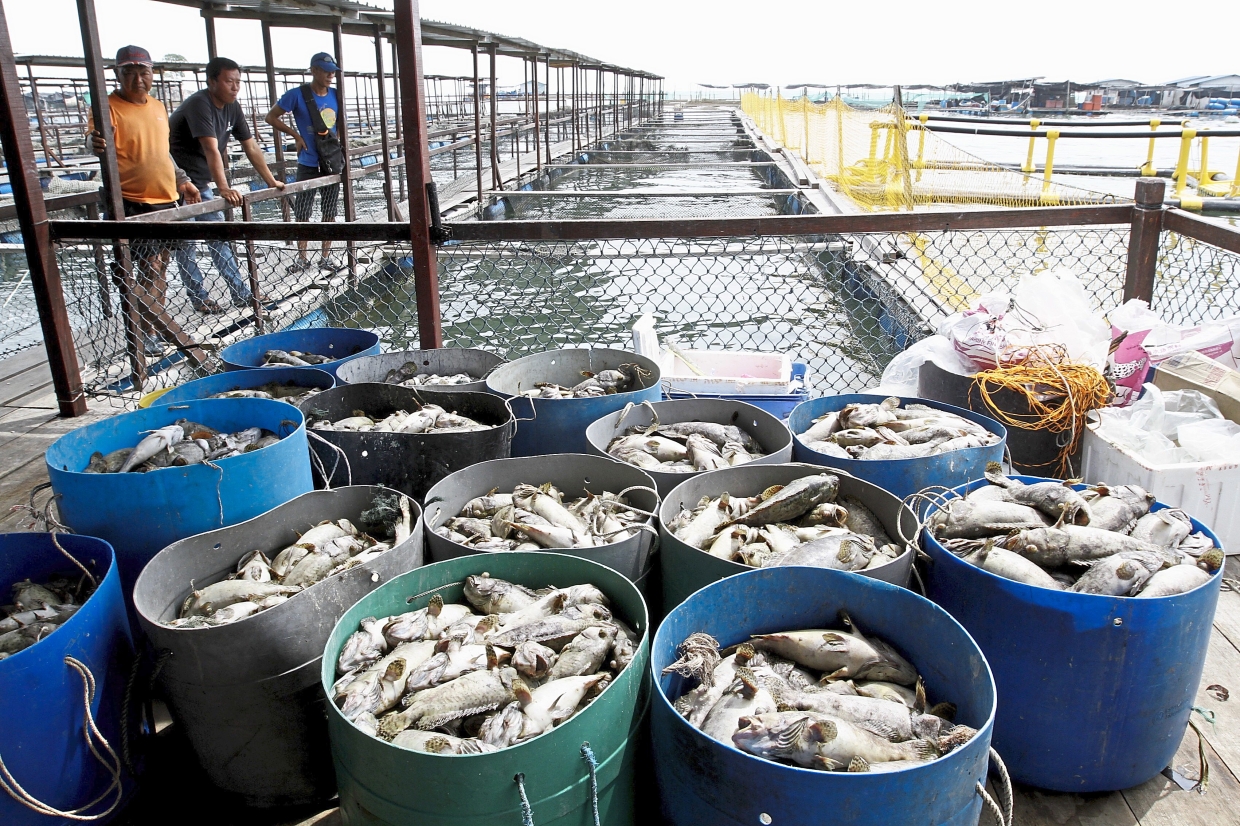 “As Teluk Bahang is a very shallow bay, the strong winds and currents during the storm may have stirred up toxic materials from the seabed, ” she said yesterday.

Prof Tan said they also found extremely high phytoplankton bloom in the area, which depletes dissolved oxygen from the water.

“As of now, we need to look at more parameters but the levels of dissolved oxygen was definitely not favourable for fish culture, ” she said.

Prof Tan said the dead fish should be buried to prevent attracting flies, which could in turn spread diseases.

“We have been investigating metal poisoning in Teluk Bahang since April. The course of the investigation will take about 18 months as we will need to have complete reports and build a database before we can conclude the investigation.

“The data includes iron levels, metal content, discharges into the water from the surrounding area, phosphate levels, levels of dissolved oxygen in the area, and more.

“Other factors we have to look at include whether the breeders are overbreeding or if there are too many fish in one enclosure, ” he said.

On May 28, The Star reported thousands of farmed groupers died in the same area, with test results revealing the cause of death as being extremely low levels of dissolved oxygen.