Sabah needs to come up with legal definition of indigenous people

Datuk Seri Wilfred Madius Tangau (fifth left) with the organisers and panelists of the forum held in conjunction of the state-level International Day of the World’s Indigenous Peoples 2019 celebration at Penampang on Saturday.

The Deputy Chief Minister said although the previous administration tried to push for an amendment over the definition of "native" in the state ordinance, there were still issues to be ironed out.

"I do not have the exact details but there is a need to amend it (the ordinance).

"This has gone through a lengthy discussion process involving various committees, and the Attorney General's Chamber actually came up with the draft of the Bill for amendment, " he said at a forum in conjunction with the state-level International Day of the World's Indigenous Peoples 2019 on Saturday (Aug 10).

He added that among the issues discussed was the inclusion and exclusion of particular ethnic groups.

"But we should use the United Nations Declaration on the Rights of Indigenous Peoples (UNDRIP) as the basis of any definition.

"If we can agree and accept the definition, then we can move to the next level including legislation, tabling the Bill at the state assembly for amendment, " he said.

Madius added that NGOs and academicians were welcomed to discuss and come up with a proper definition.

"But let us not prolong the issue. We must come to an agreement.

"Allow us to table this in the state assembly so we know what it means to be indigenous people, " he said.

"We might need to accommodate based on local relevance.

"Sarawak has already defined their indigenous people, and we have yet to, " said the former Universiti Malaysia Sabah lecturer at the forum.

Paul said the definition of indigenous people must include four elements.

"First, the community must have a connection with their natural landscape such as islands and mountains.

"Lastly, they must have connection with other communities - the more ties, the higher likelihood they are indigenous people, " he said. 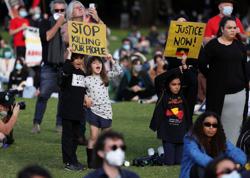 Indigenous people especially at risk from COVID-19, warns WHO