Giant effigy of 'hell god' a sight to behold

BUKIT MERTAJAM: The ruler of hell in the Chinese pantheon of gods is a fearsome being, and one way to behold a larger-than-life artistic expression of him is to drop by the Tua Pek Kong temple in town.

The paper-and-bamboo effigy now in the temple measures 8.5m tall and 5m wide and is believed to be the largest in the country made for the Hungry Ghost Festival.

Looking ferocious and resplendent at the same time, the effigy is now the centre of devotees' prayers until they set it on fire at the end of the festivities on Aug 17.


It took over 40 volunteers and four hours to assemble the effigy. Two lorry trips were needed to transport parts of the effigy to the temple in Jalan Tokong from the workshop 3km away.

The head and body were transported first, followed by the legs and base.

A forklift had to be called in to lift the head to the top after the body was assembled.

Yu Lan BM Festival Organisation, which has hosted the celebrations for over 130 years will perform ceremonial prayers today before starting the festival tomorrow.


The organisation's chairman Datuk Tan Cheang Heng said the 15-day celebration will end on Aug 17 and the giant effigy will burned in a bonfire to "send off the deity".

He said devotees would come to seek blessings for good health and better business prospects, and locals believe that the deity – called Tai Su Yeah in Hokkien – would bless the town with success and prosperity.

According to Chinese beliefs, the denizens of hell are enjoying a month-long “vacation” in the mortal world.

Tai Su Yeah opens the gates of hell on the first day of the seventh lunar month, which was yesterday, allowing the tortured souls to roam free.


It is an age-old tradition to have feasts, Chinese opera performances, puppet shows and kotai (stage shows) to entertain the community and wandering spirits during the annual festival, which is called Yu Lan in Mandarin or Phor Thor in Hokkien, to ensure a peaceful and prosperous year.
Article type: metered
User Type: anonymous web
User Status:
Campaign ID: 46
Cxense type: free
User access status: 3
Join our Telegram channel to get our Evening Alerts and breaking news highlights 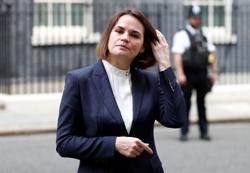