I was called in by Bukit Aman over sex video scandal, says Kota Anggerik rep

SHAH ALAM: Kota Anggerik assemblyman Najwan Halimi has revealed that he was the state elected representative called in by the police for questioning over the sex videos that have rocked PKR recently.

"I was called in by Bukit Aman to assist in the investigations, and my statement was recorded for one-and-a-half hours," said Najwan when met at a Federal Agricultural Marketing Authority (Fama) event here on Friday (July 26).

Asked why he was embroiled in the mess, Najwan said it was all just a political ploy.

"I feel this is more of a game on social media to politicise the situation and create division within the party and its leaders," he said.

Najwan said his being implicated in the incident was both ridiculous and nonsensical.

"We move as a single team, and we are all in the party together to deliver the people's agenda.

"We must not escalate the assumption that there is a split in the party," he added.

According to Najwan, both Anwar and Azmin had voiced their commitment to being a single team, and this should quash all negative assumptions.

Najwan was called in by the police for questioning earlier this week, sparking speculation that he was one of those involved in the sex video scandal.

Former Santubong PKR Youth chief Haziq Abdullah Abdul Aziz claimed to be one of the men in the video and alleged that the other person was Azmin.

Azmin denied this, dismissing the scandal as a “nefarious plot” to destroy his political career.

Several people were remanded for questioning after the video was circulated, including Anwar's political secretary Farhash Wafa Salvador Rizal Mubarak. 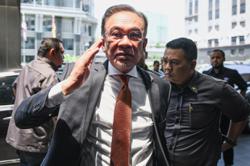 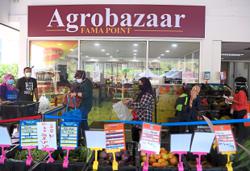