KUALA LUMPUR: A Malaysian who was deported from Australia claims he was cheated by an "agent" who promised to get him a job and a valid visa to work there.

The man, who only wished to be known as Kai, 25, said based on the promise, he gave up his job as a quality surveyor here and paid the agent RM7,700.

He said that he met the agent known as Felix Ong who said he was from a foreign immigration and recruitment agency named Skynet Kuala Lumpur.

"He told me he could secure a New Zealand working holiday visa for me.

"After checking the agency's Facebook page and visiting their office in a mall at Seri Kembangan, I paid a deposit of RM500 on Feb 13 this year and another RM4,200 six days later," he said.

Kai said the agent contacted him on March 3 and told him that his application had failed.

When Kai asked for a refund, he was told that the payment was non-refundable.

The agent then told him that he could apply to other countries like the United States, United Kingdom and Australia where there was a better chance for approval.

"Seeing how I could not get my money back, I chose Australia.

"About two weeks later, Felix told me that my Australian working visa had been approved and he arranged a plane ticket for me to Melbourne," he said.

Kai then settled the final payment of RM3,000 to Felix in May.

On the day of the flight, June 10, Kai discovered that the plane ticket Felix had purchased for him was a four-day return ticket along with hotel accommodation plus a sightseeing tour.

"When I asked him about it, the agent told me it was easier that way to get past Australian immigration.

"I also asked him about my visa and who my employer was but he told all the information could only be disclosed once I landed there," he said.

Upon arriving in Australia, Kai was stopped by immigration officers and held for 10 hours before being deported.

He was also banned from entering Australia for three years.

"After I got back, I tried calling the agent but my calls were ignored. I went to their office but it had closed down," he said.

Chong said Kai was among seven victims caught up in similar scams since 2018.

"The total losses from those cases are close to RM1mil. I'm certain there are many more cases that go unreported.

"These agents are cunning. They make their victims sign a document that gives them a year to help secure a job overseas. So you can't sue or contact the police for a year if you are cheated.

"Usually, they are long gone when the time period is over," he said.

Chong urged those who are looking to get employment abroad to go through the proper channels like embassies and to stay away from agents and middlemen. 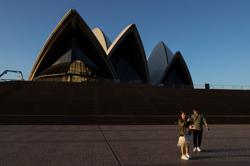 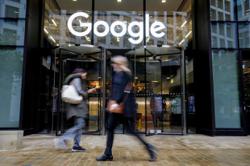