PETALING JAYA: Grab Malaysia says it is "truly appreciative" of the Government's announcement to allow unlicensed drivers to continue offering ride-hailing services for another three months until they obtain their passenger service vehicle (PSV) licences.

"Within hours today, we had already experienced a drop of almost 20% in the number of driver partners on the road, which resulted in difficulties for our passengers in getting a ride and a loss of income for many.

"We think this is a fair decision by the minister," a Grab Malaysia spokesperson said.

Refuting statements claiming that Grab drivers were given twelve months to comply and were making excuses including leaving things to the last minute, she said multiple key requirements were only formalised three months ago.

"This includes the training and examinations, while others that were put in place just days ago were the e-hailing sticker designs, which were shared with e-hailing operators last week," she added.

Following the announcement, she said the company's immediate focus is to help solve the capacity issues in the Road Transport Department (JPJ) and driving schools that were not designed to handle such a large volume of PSV applications.

"Since the start of the various processes from mid-April, most of our manpower has been focused on unblocking these capacity constraints.

"This includes arranging large exam halls to avoid the backlog at driving schools, and to streamline the PSV application process by collating and submitting documents on behalf of our drivers to the JPJ for processing," she said.

In the next three months, Grab Malaysia will also continue building its programmes to help its driver reduce the costs and time in meeting the regulatory requirements.

In a press conference on Friday, Transport Minister Anthony Loke announced that the Cabinet had agreed to allow unlicensed e-hailing drivers to operate for another three months to obtain their PSV licences.

The deadline was supposed to be Friday (July 12).

The decision was made in Friday's weekly Cabinet meeting. Coronavirus: The questions asked most often worldwide over three months 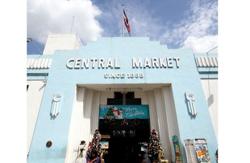