High demand: Passengers waiting for their rides at a shopping mall in Kuala Lumpur. With the number of e-hailing drivers significantly reduced, passengers are expected to face higher fares and longer waiting time.

PETALING JAYA: Higher fares and longer waiting time for e-hailing services are on the cards as the number of drivers dwindle by the July 12 deadline for them to obtain a Public Service Vehicle (PSV) licence.

E-hailing drivers associations foresee an increase in fares, with Malaysian E-hailing Drivers Association (MeHDA) predicting it to be up to 50% – depending on factors such as demand and supply as well as the timing of the rides.

With the number of drivers significantly reduced on the road, MeHDA president Daryl Chong said drivers would have difficulties fulfilling bookings come July 12.

“We will see fewer drivers when the deadline comes because many part-timers are opting out; plus many other drivers are still not PSV-ready.

“Passengers will have to wait longer because the distance between them and the drivers will be much further,” he said in an interview.

“The surcharge on fares is already in practice now with a maximum cap of 100% set by APAD (Land Public Transport Agency).

“For example, a RM10 ride can go up to RM20 during peak hours. E-hailing companies give incentives to drivers during peak hours in the morning and evening to encourage them to pick up passengers.

“But higher fares would mean fewer passengers. So they will mostly keep the increase minimal, at perhaps RM15 so that passengers are not badly affected.

“If this mechanism is applied after the deadline, fares will certainly see an increase,” he said.

MeHDA is the largest association representing e-hailing drivers in Malaysia with some 3,500 members nationwide. About 60% of them are full-timers.

According to APAD, there are about 167,000 e-hailing drivers in Malaysia and the Transport Ministry revealed on Tuesday that only 16,338 drivers had signed up for the PSV test.

Noting that the increase in fares as only “a transitional occurrence”, Chong expects the situation to improve by the end of the year, as drivers continue to get their PSV licence even after the deadline.

“The number of drivers will pick up again and the situation will improve. We expect 70% of the total e-hailing drivers to be PSV-ready by the end of the year,” he added.

Chong also did not discount the possibility of e-hailing companies absorbing the price difference and keeping the same fares even when there is a shortage of drivers during non-peak hours.

“They will want to keep the passengers by not overcharging them and to ensure they are not affected,” he said.

Echoing Chong on longer waiting time and higher fares, he said the shortage of drivers was attributed to the exodus of part-time drivers and the hassle in getting the PSV licence.

However, he did not want to predict the possible increase in fares, as it is based on “dynamic pricing that is calculated based on supply and demand”.

“It is hard to say for now, as drivers who are interested to continue driving are still in the process of getting their PSV licence.

“We can only see where it is heading after the deadline.”

MyCar founder Mohd Noah Maideen said it was working very hard to get taxis into their platform in anticipation of interruptions to their services.

“This is our focus now as we believe most are full time and they may support our service,” he said, adding that they had 3,000 taxis on board.

MyCar is the second biggest ride-hailing application behind Grab.

It has 70,000 drivers registered with it, and Noah believes that at the most they can only retain 50% of them in the long term.

He said what was more important was the availability of the drivers.

He said that most of the time they had 5,000 drivers available and if they could get at least 3,000 of them, this would be good enough for the beginning.

Similarly, Mula Kuala Lumpur branch manager Kumeran Sagathevan said the impact of the new regulations would be across the board for all e-hailing operators as the number of drivers who have managed to get their PSV is still low.

“Disruption would definitely be unavoidable as the supply cannot keep up with the demand to start off with. We have to move forward and find ways to improve on this in accordance with the government regulations,” he said.

Noah said there was a possibility that fares would increase by 30% once the regulations kicked in, and admitted that this could affect their business although this could be reversed in the long term. 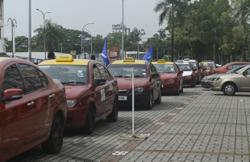 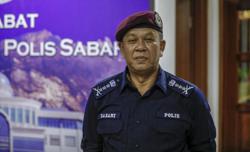