Be like DiCaprio, Miranda Kerr and return money, Umno told

He said that the two celebrities had fully cooperated with the US Department of Justice (DoJ) and chose the "courageous" way of clearing their names by taking action first.

"They did not want to be directly involved or to receive illicit funds. Can we hope for the same integrity and ethics (from Umno)" asked Akmal.

DiCaprio is reported to have turned over valuable Picasso and Basquiat paintings while Kerr parted with jewellery worth US$8mil (RM33.16mil).

Fugitive businessman Low Taek Jho, better known as Jho Low, is said to have gifted the items to the celebrities.

Umno is alleged to have received up to RM212mil in funds misappropriated from 1MDB.

Akmal was responding to Umno deputy president Datuk Seri Mohamad Hasan, who had said that even if it was proven that the funds were from 1MDB, Umno could not return the funds as the government had frozen their accounts.

"Umno's commitment is to respect the process, and to give our fullest cooperation without meddling.

"It is strange that an MP is asking me to circumvent the legal process," Mohamad Hasan had said.

Akmal, who is Johor Baru MP, however, acknowledged Mohamad Hasan's commitment to the rule of law.

"Maybe we have to understand the burden and challenges faced by Hasan to heal Umno. He may have potential – but what about others?

"If his leadership is shadowed by the influence of Najib, how can Umno change?" he said in a statement on Monday (June 24).

Akmal expressed hope that the government would ultimately reclaim the 1MDB funds and return it to the Malaysian people.

With the help of the US Justice Department, RM919mil has been seized from overseas assets, including those involving film production house Red Granite Picture and luxury New York hotel Park Lane.

Jho Low is alleged to have played a huge part in the 1MDB scandal that is being investigated in several countries. 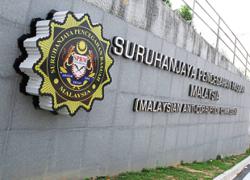