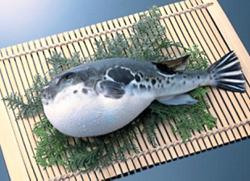 “The contents are then poured into liquor bottles of authentic brands. Between June 11 and June 14, seven construction workers were warded in Penang Hospital after being suspected of suffering from methanol poisoning.

“Out of these seven Myanmar nationals, two died and five are currently warded,” he said during a press conference at the district police headquarters in Patani Road yesterday.

The seven men were said to have purchased the liquor from their fellow countryman, whom police are now hunting.

“The six deaths include two locals, three Myanmar nationals and another from India.

“The syndicate selling the liquor has been active for two months,” he said.

He added that police raided a shop in Komtar on June 15 and confiscated illegal liquor worth an estimated RM8,000.

ACP Che Zaimani urged the public to be wary and only buy alcohol from licensed suppliers.

Methanol, also known as wood alcohol, is a common and toxic organic solvent that can cause metabolic acidosis, neurologic sequelae, and even death, when ingested.

It is a constituent of many commercially available industrial solvents and is found in poorly fermented alcoholic beverages.

Consumers Association of Penang (CAP) said they have been fighting for a ban on cheap liquor for almost 40 years.

Its education officer NV Subbarow said the number of shops selling cheap liquor has increased in the past five years in Penang.

“We have a lot of shops selling it around Little India. We didn’t see this before. We sent so many letters to the authorities, urging them not to issue licences but in every corner in Penang, we can buy cheap liquor.

“CAP is asking for a total ban and to close down all these shops,” Subbarow said.

Seberang Prai Municipal Council councillor P. David Marshel said the government should take action and not wait for the enforcement of new rules on the sale of cheap liquor which was extended until this September.

“Part of the problem is that hard liquor is allowed to be sold at sundry shops, which makes it hard for authorities to regulate sales.

“There should be designated places for hard liquor,” he said, adding that hard liquor sold at below RM50 should be banned completely.

The rules were announced in 2016 after a six years of lobbying by NGOs.

The then health minister Datuk Seri Dr S. Subramaniam announced that the sale of liquor in bottles below 700ml would no longer be allowed, and those aged below 21 are prohibited from buying alcohol.

However, manufacturers ap­­pealed for an extension and it was granted. 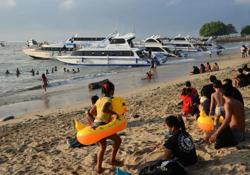