Supernatural aura in search of graves

PETALING JAYA: The tragedy that has befallen the Bateq community in Kelantan has provided a glimpse to others into their secluded world.

Besides blowing the lid off their impoverished lives, the case of the 14 unexplained deaths has also shone a light on their customs.

For example, these Orang Asli would depend on supernatural beings to determine where they should lay their dead, said Prof Dr Ramle Abdullah of Terengganu’s Universiti Sultan Zainal Abidin Applied Social Sciences Faculty.

“In their belief, a supernatural being will guide in finding a suitable area for a person’s grave,” he said.

He said many Bateq still held on to their old ways.

Ramle, who has been in constant contact with the Bateq in Kuala Koh, as well as in Sungai Berua in Terengganu for the past five years, said the Bateq believe that the spirit of a deceased would stay with the body after death and others need to seek permission before moving it.

“A tok hala (shaman) would perform a ritual to ask for permission from a supernatural being. It is a simple one where they read out a mantra or spell,” he said.

The search team that has descended on Kuala Koh, Gua Musang, to find the resting places of those who died under mysterious circumstances, has been treading cautiously out of respect for the customs of the Bateq people.

He said they would only stop walking when the sick family member could no longer walk.

“When such a situation happens, other family members will build a platform on trees using wood from the forest,” he said.

The tree would usually have a huge trunk that could hold the weight of the platform and the dead body.

Mamat said the family members would remain in the area until the sick person is dead as they believed that every death is a curse and that the place would be inhabited by spirits.

After the death, Mamat said the family would recite a spell.

“We believe that a soul that was not put under a spell would be disturbed by wild animals,” he said.

Although they are known to shun outsiders, the Bateq were instrumental in the search of 12 resting places of those believed to have died of a mysterious disease, as they sought answers to the deaths of their kin. (Two other graves are believed to have been discovered earlier.)

They have been helping in the search since Ops Bateq started on June 12.

Gua Musang OCPD Supt Mohd Taufik Maidin, who led the mission, said the team not only had to be mindful of the journey but must also ensure that they were respectful of the traditions and rituals.

“We could not have done it without the blessing and full cooperation of the community,” he said, adding that the search involved crossing rivers and going on long treks, sometimes up to three hours.

It is learned that many of the dead were given a customary funeral where their bodies were wrapped in a mat and left in high places, such as a tree or makeshift platforms.

Yesterday, Kelantan police chief Datuk Hasanuddin Hassan said efforts were being made to bring out the last four remains of the Bateq believed to have died from the unknown illness that plagued the village last month.

The remains, believed to belong to Haikal Rahim, 22, Farah Rahim, 20, Puspa Lee, four, and Ameer Lee, one, would be sent to Gua Musang Hospital.

Earlier, the remains of Romi Hamdan and Puja Joh were also transferred from their graves and sent to Hospital Gua Musang for further investigation after a first post-mortem revealed that they had died of pneumonia. 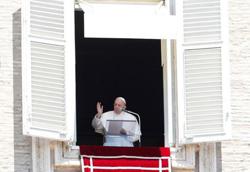 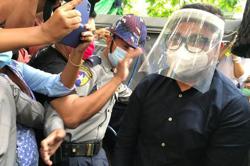