MIRI: Torrential floods in parts of interior Sarawak over the past few days have caused serious erosion along riverbanks and hillslopes.

The soil movement is threatening the structural stability of settlements adjacent to these rivers and slopes.

In Ulu Katibas, Kapit, in central Sarawak, Rumah Bangau longhouse folks saw erosion tear away a big chunk of earth from the cliff-top on which the longhouse was built.

They alerted the Sarawak Fire and Rescue Department which sent personnel to the site Friday (June 7).

The longhouse folks reported that a 45m stretch of cliff-face had collapsed into the river some 15m below.

The longhouse is now only about 10m from the eroded cliff.

In Long Busang in the Belaga district, 82 families confirmed that their houses were damaged by the floods over the past three days.

The floods have receded and the weather improved Friday. 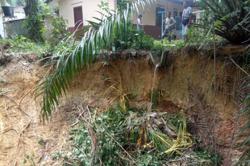 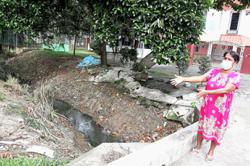