Favourite authors: Winners of the fiction and nonfiction categories of the Popular-The Star Readers’ Choice Awards posing with guests of honour – Fu (centre), flanked by Chia (fourth from right) and Ng – at the award presentation ceremony in Kuala Lumpur.

KUALA LUMPUR: A novel set in the country’s past clearly struck a chord with modern-day readers – so much so that they voted it to the top at this year’s Popular-The Star Readers’ Choice Awards (RCA).

Local author Chan Ling Yap’s Where The Sunrise Is Red is a tale of love, lies and resilience during the Emergency in 1950s Malaya.

It received the most votes in the fiction category, winning her the first prize which was awarded in a ceremony at the Kuala Lumpur Convention Centre here yesterday.

Chan, who currently lives in Britain and was unable to attend the ceremony, was represented by Pansing Distribution Sdn Bhd senior manager (books) Balasubrama­niam Rajoo. 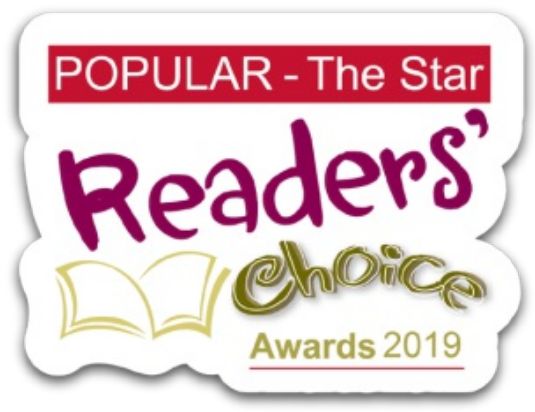 “I’m honoured to receive this award on behalf of Pansing and the publisher. On behalf of the publisher, I thank you, Popular Book Co, for creating such a wonderful platform for authors,” he said.

RCA was conceived to support local authors and, through its “vote and win” component, encourage Malaysians to read.

The top three books with the most votes in the fiction and nonfiction categories are chosen as winners every year and announced at the start of BookFest@Malaysia, another event also organised by Popular Book Co (M) Sdn Bhd to encourage reading.

This figure, she said, proved that Malaysians were still very much into books.

“Who says Malaysians are not into reading? The figure we recorded last year indicated that we are still very much into books and other reading materials.

“And our visitors are from all age groups, which speaks volumes of who the reading public is. It is a reflection of all of us,” Lim said.

The 20 books nominated in the RCA every year are certainly read by many people, with enthusiasm for the only literary award to be voted on by ordinary Malaysians still going strong in its 12th year.

The second prize in this year’s fiction category went to Norhafsah Hamid’s Letters To God, about a conflicted young woman who decides to pour out her troubles to God in a series of letters.

Third prize went to Datuk M. Shanmughalingam’s debut collection of short stories, Marriage And Mutton Curry, about the concerns and intrigues of the Jaffna Tamil community in Malaysia.

It was an all-political affair in RCA’s nonfiction category this year, with all three top prizes going to books touching on watershed events in the country.

Topping the category was May 9: People Power Saves Malaysia by veteran journalist M. Krishnamoor­thy about the events of the 14th General Election last year, and how Prime Minister Tun Dr Mahathir Mohamad played a key role in bringing Malaysians together to effect a historic change in government.

Krishnamoorthy revealed that he was inspired to write the book after he was unexpectedly invited to cover a press conference by Dr Mahathir on election results.

“Thanks to our great Prime Minister, and to Popular. God bless us all,” he said in his acceptance speech.

Second prize went to the much buzzed about book on the 1MDB financial scandal, Billion Dollar Whale: The Man Who Fooled Wall Street, Hollywood And The World by journalists Tom Wright and Bradley Hope.

The third prize winner is also about the 2018 election: The People’s Victory: How Malaysians Saved Their Country by former journalist Kee Thuan Chye.

Also presented at the same event were awards for winners of the Popular-BH Anugerah Popular Pem­­­baca for Malay books.

All winners received certificates of recognition, trophies and cash prizes of RM3,000, RM1,500 and RM1,000 for first, second and third prize winners respectively.

BookFest@Malaysia 2019 started yesterday and will continue until June 9 at the Kuala Lumpur Con­vention Centre.

Admission is with purchase of the BookFest guidebook at RM2.50 per entry or RM10 for multiple entries over the nine days.

Guidebooks are available at all Popular and Harris bookstore outlets nationwide and also at the event’s entrance.

Entrance is free for students 18 years old and below and for senior citizens aged 60 and above.

Star Media Group Bhd is a media partner of BookFest@Malaysia 2019.

Truly a fest assured to enrich your knowledge