PETALING JAYA: A road bully will be spending this Hari Raya Aidilfitri behind bars after he pleaded guilty to committing mischief.

He was charged for smashing the front windscreen of a Perodua Axia car, belonging to Siew Chean Voon, 58, with a crash helmet, causing losses of about RM600.

The incident at 5.30pm on May 28 happened along Jalan Kasturi, Section 12, Taman Bukit Serdang, Seri Kembangan, near here.

Danial was ordered to serve the jail sentence from the date of his arrest on Thursday.

In mitigation, Danial, represented by lawyer Nur Rafiuddin Maswari, said it was his first offence and that he had a wife and two children to support.

“This has caused him to be chided and rebuked by society,” he said.

Earlier, Danial told the court that he was riding his motorcycle when the car almost rammed into his machine.

He added that in anger, he smashed the car windscreen when the driver showed his finger at him.

The act was recorded by the car driver on his dashcam, and the video recording has gone viral on social media since last Wednesday. — Bernama 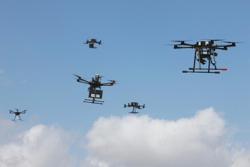