PETALING JAYA: Those with tattoos seeking employment may have to be careful as getting inked could harm their chances of getting hired, a survey found.

The latest study by YouGov Omnibus revealed that although 7% of Malaysians do have a tattoo, three in five (58%) said they would be less likely to hire someone with a tattoo, even if they were qualified for the position.

However, at least 37% (four in 10) said a candidate’s tattoo would have no effect on their decision to hire, while another 5% said it would make them more likely to give them the position.

The survey noted that nearly two in five (37%) polled have a negative impression of people with tattoos.

This is particularly true for those over the age of 55, where half have a bad impression of tattooed people, compared to a third (34%) of those aged 25 to 34.

Those with tattoos on their torso are least likely to have their chances affected as these tattoos are not visible.

The survey results, culled from 1,022 Malaysians, found that locals have quite a conservative view of tattoos in the workplace.

The results noted that 63% of six in 10 think that they should be covered at the workplace while two-thirds believe that certain professions are unsuitable for those inked.

However, four in 10 (42%) also believe that tattoos should not impact a person’s employability.

YouGov Omnibus Asia-Pacific chief Jake Gammon said although tattoos are becoming more common, they appear to be largely unwelcome in the workplace.

“Not only do tattooed people leave a bad impression on a significant proportion of Malaysians, they also affect employability,” he said. 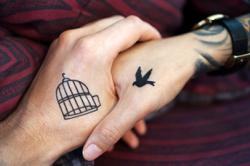 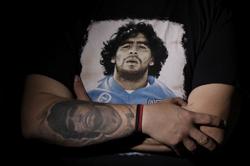