‘Teachers and students should rest’ 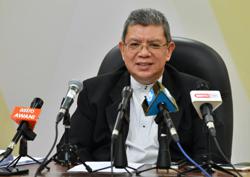 KUALA LUMPUR: Schools should not conduct any activities during the ongoing mid-year break, according to the Education Minister.

However, the National Union of the Teaching Profession (NUTP) claims that some schools are flouting the minister’s directive.

Education Minister Dr Maszlee Malik said the break was meant for students and teachers to rest and spend time with loved ones.

“It’s better not to have any activities including additional classes during this period.

“Use the long holiday to prepare for a meaningful celebration.

“Go back to your hometowns to be with your relatives and friends,” he said in a Facebook video on Thursday, where he wished everyone a safe journey home and reminded drivers to be careful.

“Pakcik would also like to remind all children not to play with firecrackers. Don’t do anything that can cause harm to yourselves. Take care,” he said, before wishing everyone Selamat Hari Raya.

Hari Raya this year falls during the mid-year school holidays, while the two harvest festivals are celebrated over two days with Kaama­tan on May 30 and 31 and Gawai on June 1 and 2.

The holidays for schools in all states started on Saturday and a day earlier in Johor, Kedah, Kelantan and Terengganu.

Schools will reopen on June 11 in all states and a day earlier (June 10) in Johor, Kedah, Kelantan and Terengganu.

“It is for students to do stuff not possible during study time, like camping, going to the public library or just relaxing at home with their family,” he said in a statement, calling out “little Napo­leons” for flouting the minister’s stand.

When contacted, Tan clarified that “little Napoleans” were school administrators who insisted on holding classes during holidays.

Correctives should be done as it was in the minister’s manifesto to reduce teachers’ stress, said Tan.

Providing a list of schools which continued to hold extra classes for UPSR for Year Six pupils during the holidays, Tan said the children are already stressed as it is with the approaching exams.

“The Education Ministry should take disciplinary action against the school administration for flouting the minister’s directive,” said Tan.

Teachers, while applauding the move, said the directive should have been given earlier.

“I think most teachers appreciate it as they can spend more time with their families but the announcement should have come earlier as most schools have planned activities and extra classes.

“Many schools are cancelling classes and parents are planning their schedules for the holiday,” said a teacher from Petaling Jaya.

Another teacher said as it was the festive period, the directive was welcomed.

“I agree there must be extra classes as there are schools with weak students who need them.

“But during the festive period I am reluctant to do so because I too want to celebrate,” said the teacher from Tanjung Malim.

“They hold classes on Saturday but yesterday, the school heads said it was cancelled,” said a parent. 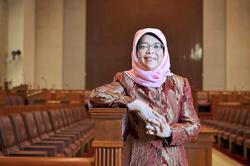