He said the protected slow loris was seized from a trader in Bintulu while the turtle eggs were seized in Serikin and the slaughtered bats and squirrels were confiscated in Sri Aman.

"An Indonesian trader was arrested for selling the turtle eggs in Serikin and was subsequently convicted and jailed for one month. We are intensifying our enforcement," he said on Monday (May 27).

However, the SFC team in Sarikei is still unable to locate the trader who was spotted by the public selling protected wildlife.

The Sarawak Society For The Prevention Of Cruelty To Animals (SSPCA) said that the public had informed that live slow loris and slaughtered pangolin were being sold at the Sarikei market.

"A trader at the Sarikei Tamu building was found selling a live mammal inside a small cage, while the meat of a pangolin was found in a plastic bag nearby," said its president Datin Dona Wee.

She added that an alert passer-by took photos of the trader and the wildlife that was being sold.

On the trader, Zolkipli said that SFC ground enforcement teams in central Sarawak are investigating the case.

"That trader has escaped but we are still trying to find her," he said. 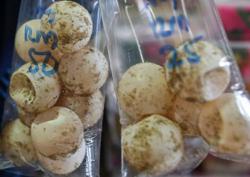 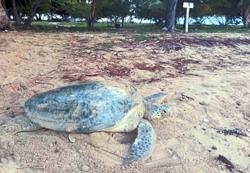