M'sia must not bow to international pressure on LGBT issues, says Anwar 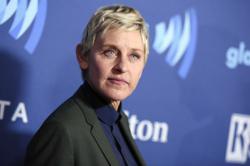 He said although the country had to take into consideration the concerns of the international community, foreigners did not have any right to dictate terms on the issue.

"We must be fiercely independent, decide what is best for our country, representing the aspiration of our own people," he told reporters after attending the National Youth Conference 2019 on Wednesday (May 15).

On May 14, Deputy Foreign Minister Datuk Marzuki Yahya had said US actor George Clooney should be more aware of what he said about Malaysia after the Oscar-winning actor mistakenly commented on US talk show Ellen that Indonesia and Malaysia were countries considering the death penalty for homosexuality.

Clooney had earlier called for a boycott of luxury hotels owned by Brunei because of its plans to impose the death penalty, including by stoning, for gay sex under Islamic laws.

Anwar said there were humanitarian issues as well as concerns over human rights and justice in such matters, "but to suggest that the US or other foreigners dictate our terms, and we must abide, I don't think we can govern like that.

"We have to realise that we have our own system and leadership that is free to protect the interest of the country and its people.

"They can give suggestions, but we should not bow down to pressure.

"We must always stand up for the country and not feel pressured by external reactions," he said.

Clooney told talk show host Ellen DeGeneres that the boycott against Brunei was a "warning shot" to Indonesia and Malaysia should they consider introducing similar anti-gay laws.

Malaysia does not have laws against homosexuality but criminalises unnatural sex under the Penal Code.

Marzuki, in his response, said Malaysia was a Muslim-majority nation and the religion did not accept LGBT culture.

Clooney's remarks also drew the ire of Numan Afifi, president of the LGBT advocacy group Pelangi Campaign, who said the actor's statement, while well-meaning, might be counterproductive.