KUALA LUMPUR: One year after taking office as the country’s first female Deputy Prime Minister, Datuk Seri Dr Wan Azizah Wan Ismail feels that her journey to contribute for the betterment of the nation will never end.

The past year has taught her that there is always room for improvement, both for herself and the nation.

“I’m a learner, so I feel that there are a lot of things that I need to learn and master at this level. 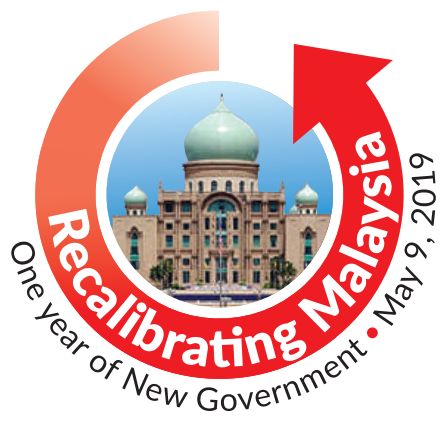 “Sometimes when the press ask me (on issues), I have to be very sure because it comes out as policy, which is a collective responsibility where the Cabinet also has to make the decision.

“So I can’t just come out and say things just like that,” she said in a group media interview recently.

The Pandan MP said she takes life as it comes, but she always strives to “do better”, and sees this as a personal challenge.

Dr Wan Azizah, who is also Women, Family and Community Development Minister, said she has found herself in instances where she felt that she should consult her officers before she attends meetings or events.

“Just to check so that I will be better when it comes to giving my opinion or the ministry’s point of view, which will then improve the outcome.

“That is something I always feel I should do,” she added, and admitted that she has much to learn and is willing to do so.

When asked how she would rank herself for both the Cabinet portfolios she holds, Dr Wan Azizah said the rakyat are the ones who should rate her performance.

“I am inexperienced, I have been in the opposition but I have been trying very hard and I think the people should rank me.

“I know I have my limitations but I think people also know and see that we are trying very hard, all my officers they help me a lot,” she added.

Dr Wan Azizah said that one of the pivotal messages after Pakatan Harapan took over the government on May 9 last year was to seek a change in the mindset of the people, which included moving them away from being dependent on government handouts.

She explained there are many forms of subsidies given by the government and the Pakatan administration is always looking into providing effective, concise and targeted distribution of the subsidies.

About RM27bil have been given out in the form of subsidies and aid so far, she added.

Dr Wan Azizah believes that there are many capable Malaysians who have done well. 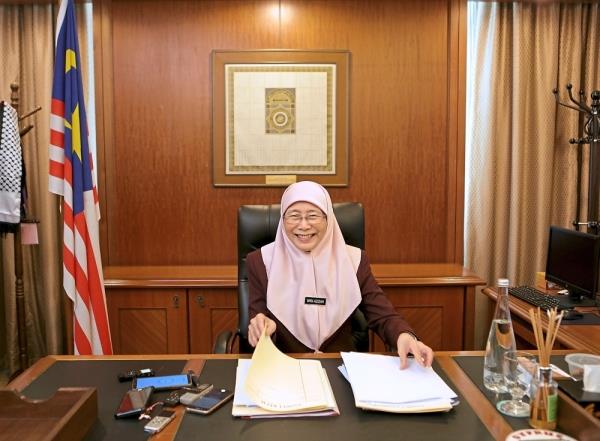 On the job: Dr Wan Azizah says that her journey towards contributing for the betterment of the nation will never end during a group interview at the Parliament office. — YAP CHEE HONG/The Star

However, more can be done if people hold on to integrity as well as fighting corruption and leakages.

“We want to make sure that our service is the best and people come to Malaysia knowing that our people are not just elegant, trustworthy, hospitable, nice and friendly.

“These are things we can improve on. I think as Malaysians we are nice people. The only thing is, sometimes we get weak from temptation.

“What did Oscar Wilde say about temptation (‘The only way to get rid of temptation is to yield to it), I can resist everything but temptation’,” she quipped.

While Dr Wan Azizah has always been proud of the smooth transition of power, she felt that the people should also stand together to develop the nation.

Malaysians, she said, should not be separated by political and religious divide and differences.

Dr Wan Azizah also believes that it takes two to build a nation, adding that it is not purely on the part of the government to do so.

The people, too, need to contribute and provide constructive criticism, she said.

“We as Malaysians must build the nation together; we can’t just criticise but not play our part,” she added.

As for her ministry, whose target group is “from cradle to grave”, Dr Wan Azizah wants everyone to be involved in the betterment of these groups.

Among the main focus of her ministry are on parenting skills and senior citizens.