SEPANG: The management of more than 450 Chinese new villages will be placed under the charge of Zuraida Kama­ruddin (pic), whose ministry has been introducing reforms to address issues linked to Malaysia’s redevelopment.

“Previously, the management of the Chinese new villages was under a Chinese minister,” said the Housing and Local Government Minister.

“For the first time, a Malay minister will be taking charge of it to show that Pakatan Harapan is open and not racist, unlike the previous government. It is nothing new to me and we hope it will be more structured under my ministry.

Chinese new villages were placed under the purview of the Prime Minister’s Dep­artment during the Barisan Nasional administration. 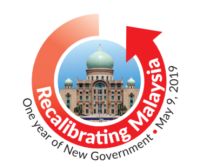 In an interview to mark Pakatan’s first year in power, Zuraida said reforms had been introduced under three national policies which would be the main thrust to address issues involving affordable housing, waste management and redevelopment.She said the National Community Policy, National Affordable Housing Policy and National Housing Policy, which are being implemented, would set the current administration apart from the previous one.

“For us, those are the things that we manage to implement in a quick manner. Alhamdullilah, with the support of the civil servants who understand our vision and mission under my leadership, we are focusing on these three main policies,” she said.

Zuraida also said her ministry was enhancing several laws, including reviewing the policy of strata home management under the Commissioner of Building (COB) as well as strata management.

“At the moment, the COB is parked under the Finance Ministry, but they are under the responsibility of my ministry as they are stationed at local authorities’ level. What I hope to do is to have a national COB board placed under my ministry. That will be more properly structured and systematic in terms of reporting,” she said.

The ministry, she added, would also be enhancing all regulations linked to plastic scrap imports.

“In the industry, there are 26 codes for the importation of plastic into the country. Only one with the HS Code 3915 plastic waste is under the purview of the ministry.”

“We will continue to inspect and monitor factories with the HS Code 3915 and regulate them,” she added.

She also said her ministry was looking at introducing rent-to-own schemes for affordable houses under projects such as PR1MA.

“For all those houses priced below RM300,000, I am waiting for the report from the Home Ownership Campaign.

“Once I get that, under PR1MA and SPNB (Syarikat Perumahan Negara Bhd) for instance, I am going to package it for them to see if they can be financed through their own rent-to-own scheme,” she added.

On the proposed local government election, she said the government was getting feedback from all relevant stakeholders.

“We are studying the models and putting it together. We are also engaging with non-governmental organisations and state bodies. Then we will propose to the Cabinet the best model for Malaysia,” Zuraida said.