PETALING JAYA: Get rid of the quota system for the matriculation programme, say parents and teachers.

“It is important for the ministry to come up with genuine long-term solutions and look at the needs of the nation.

“We thought the new government will have a more progressive attitude.

“It’s a good effort to increase the number of seats but we have to see whether there are job opportunities.

“No one talks about whether these students are employable upon graduating.

“Any solution where one promises or does something merely to please the masses will not solve the problem,” he said.

He was commenting on the Cabinet’s decision to increase the number of students entering the matriculation programme from 25,000 to 40,000 but maintain the 90% quota for bumiputra students.

The ministry said in a statement recently that the programme was originally aimed at developing bumiputra students’ potential in science, technology and professional (courses) through quality pre-university education, in its quest to produce excellent human capital.

While he commended the increase in the number of slots, a parent, who wanted to be known as Lee, said the move does not address the core problem of the issue – the 90:10 ratio.

“Many non-bumiputra high achievers will still get sidelined,” said the father whose son was rejected from the programme despite scoring straight As in the Sijil Pelajaran Malaysia (SPM).

Father-of-two P. Nathan said his elder daughter, who scored straight As in the recent SPM examinations, was rejected and asked to reapply for the programme when they appealed to the ministry.

“Why is the ministry claiming that students are chosen based on merit but is rejecting top-performing students and giving spots to students who didn’t perform as well?” he asked, adding that his daughter’s bumiputra friends who scored 3As in SPM got in.

He added that an unjust education system was partly the reason for Malaysia’s brain-drain problem.

A secondary teacher, who wished to be known only as Maisarah, agreed that the main issue is not the number of spaces available but the “unfairness” of the quota system.

“You’re using tax money, paid by everyone, to fund the studies of 90% of Malaysians,” she said.

She added that she was heartbroken seeing the disappointed faces of her non-bumiputra students who excelled in the SPM examinations but failed to get places in matriculation.

“A Malay who scores only 3As in SPM can still get into the programme. How is this fair?” she said.

A former matriculation lecturer, who requested anonymity, said matriculation colleges are already struggling to fill the 25,000 seats, and the ministry will need to think of strategic ways to increase the number of students entering matriculation.

“Many students have the misconception that the matriculation programme is tough, so they apply to other institutions.

“This subsequently affects the number of students entering the sciences in matriculation,” he said.

He noted that even if matriculation colleges can fill seats, the infrastructure of these colleges will not be able to support the 40,000.

“The bigger matriculation colleges can only accommodate up to 3,000 students,” he said.

Education Minister Dr Maszlee Malik said the additional number of seats was necessary to boost the number of students entering the field of science.

“The capacity available in our matriculation programme should be maximised for this purpose,” he said on Wednesday.

Gerakan national president Datuk Dr Dominic Lau said the government should abolish the race-based quota system, which the party has been objecting to.

The enrolment of the matriculation programme, he added, should be done on merit.

“Basing it on a racial quota does not help the development of our education system, which will instead lead to more talent exodus,” he said yesterday.

Wee: It will be harder for STPM students to enter public varsities 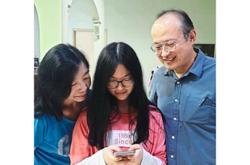