PUTRAJAYA: The government may impose measures to protect the ringgit again if speculators continue to attack the currency, says the Prime Minister.

Tun Dr Mahathir Mohamad (pic) said the ringgit must be protected from devaluation by speculators.

The ringgit’s depreciation cou­ld be halted by fixing its value, he suggested. (But) this will go against the rest of the world, as they believe it is not right to fix the value of ringgit.

“But Malaysia cannot allow the market and ringgit to decline and depreciate further due to attacks by currency speculators.

“If we are not careful, an economic crisis can recur,” he said in reply to a question by a Universiti Malaya student at a “Youths Ask, Tun Answers” session at the Perdana Leadership Foundation here yesterday.

The student had asked if Malaysia would face an economic crisis again such as the ones experienced in 1997 and 2008.

As the fourth Prime Minister then, Dr Mahathir made an unprecedented move to peg the ringgit to the US dollar in 1998.

“Buying foreign products will impoverish the nation,” he said.

Dr Mahathir cited the example of Proton’s lower market share because he said consumers were still influenced by the notion that imported products were better.On concerns raised by a student on vernacular schools promoting racial polarisation, Dr Mahathir said the government had to accede to demands from those who strongly believed in keeping their racial identity.

He said political parties that were against race-based schools would lose in the elections.

“This is the unfortunate reality of the democratic system in Malaysia,” he said.

Noting that there were no vernacular schools in Indonesia, Philippines and Thailand, Dr Mahathir said a single-stream school was the best option to promote healthy racial integration.

The Prime Minister emphasised the need to re-introduce English as the language of instru­c­tion for Mathematics and Scien­ce to enable Malaysians to master science and technology.

“We do not even have the technology to develop weapons for our national defence,” he said. 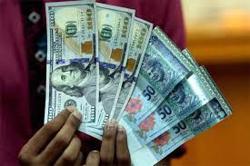 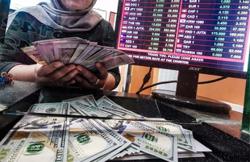