PETALING JAYA: The academicians who supposedly wrote a summary paper to convince the Conference of Rulers to reject the Rome Statute are still staying silent on their involvement in it.

Two of them from Universiti Sains Islam Malaysia (USIM) and International Islamic University Malaysia (IIUM) have declined to comment on their involvement in the summary papers.

“I reserve my comment at the moment,” USIM law lecturer Dr Fareed Mohd Hassan told The Star on Monday (April 8).

“You should ask the person who uploaded it,” she said, referring to the student activists who published the summary online.

In a commentary posted on online news portal Malaysiakini, lawyer Lim Wei Jiet also rebutted some of the points in the executive summary which played a part in why Malaysia decided to backtrack and not ratify the Rome Statute on the International Criminal Court (ICC).

Lim said that the King merely played an advisory role and must always act in accordance with the advice of the Prime Minister.

Lim said the phrase “shall be passed” under Article 38(4) only means laws passed in Parliament and cannot be read to include ratification of international treaties and that the Yang di-Pertuan Agong and rulers also do not have absolute immunity.

He also said that the ratification of the Rome Statute does not involve any amendments to the Constitution.

Previously, student activists claimed that a summary paper prepared by the academicians convinced the Conference of Rulers to reject the Rome Statute on the ICC.

Student activist Asheeq Ali Sethi Alivi had uploaded the 10-page executive summary that was apparently presented to the Conference of Rulers on April 2.

The students claim the arguments in the summary were one-sided and had only discussed why the council should reject the Rome Statute.

Last Friday (April 5), the government had been forced to withdraw from the Rome Statute following “confusion created by those with political interests”, said Prime Minister Tun Dr Mahathir Mohamad.

Civil society groups have also condemned those who had opposed the ratification of the Rome Statute. 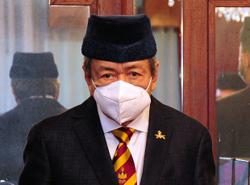 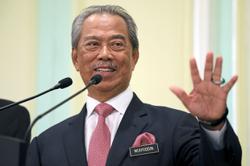