KUALA LUMPUR: The Women, Family and Community Development Ministry will be looking to collaborate with other ministries on how to further support those with autism spectrum disorder (ASD).

Its Deputy Minister Hannah Yeoh said they would be approaching other ministries such as the Human Resources Ministry and Agricultural and Agro-Based Industry Ministry to champion the agenda of the ASD community. 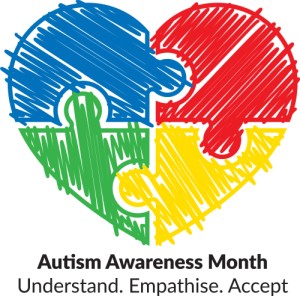 "We are exploring it right now with other ministries. We believe that the responsibility of caring for those with autism should not fall only to our ministry.

"We are seeing the needs of those with autism. (Currently) there is a lot of focus on early intervention and when they are young, but we do not have many activities when they have finished schooling," she said at the World Autism Awareness Day held in Sunway Putra Mall on Tuesday (April 2).

As such, she said her ministry had initiated dialogues with other ministries to see what facilities can be offered to help those with autism beyond early education.

"Whether it is in jobs related to agriculture, or to help with job matching in other careers under the Human Resources Ministry – we are considering all these suggestions, but we cannot announce this yet," she said.

Although the Welfare Department has registered about 22,000 individuals with autism, she said the actual numbers are higher.

It is believed that one in 68 individuals have autism, she said.

"Because it is such a wide spectrum, we need more people to come on board to support the families and also the children," she said.

She said some of the recent government initiatives to support the cause includes the police who announced a new standard operating procedure to deal with suspects with autism and the National Youth Skills Institute's (IKBN) under the Youth and Sports Ministry to accept students with autism starting in 2020.